That year, I briefly toyed with the idea of work-based comics again. These two are all that came of it. Top one features former co-worker Jake, bottom current co-worker John:

The following takes place on July 17, 2006, and is otherwise self-explanatory: 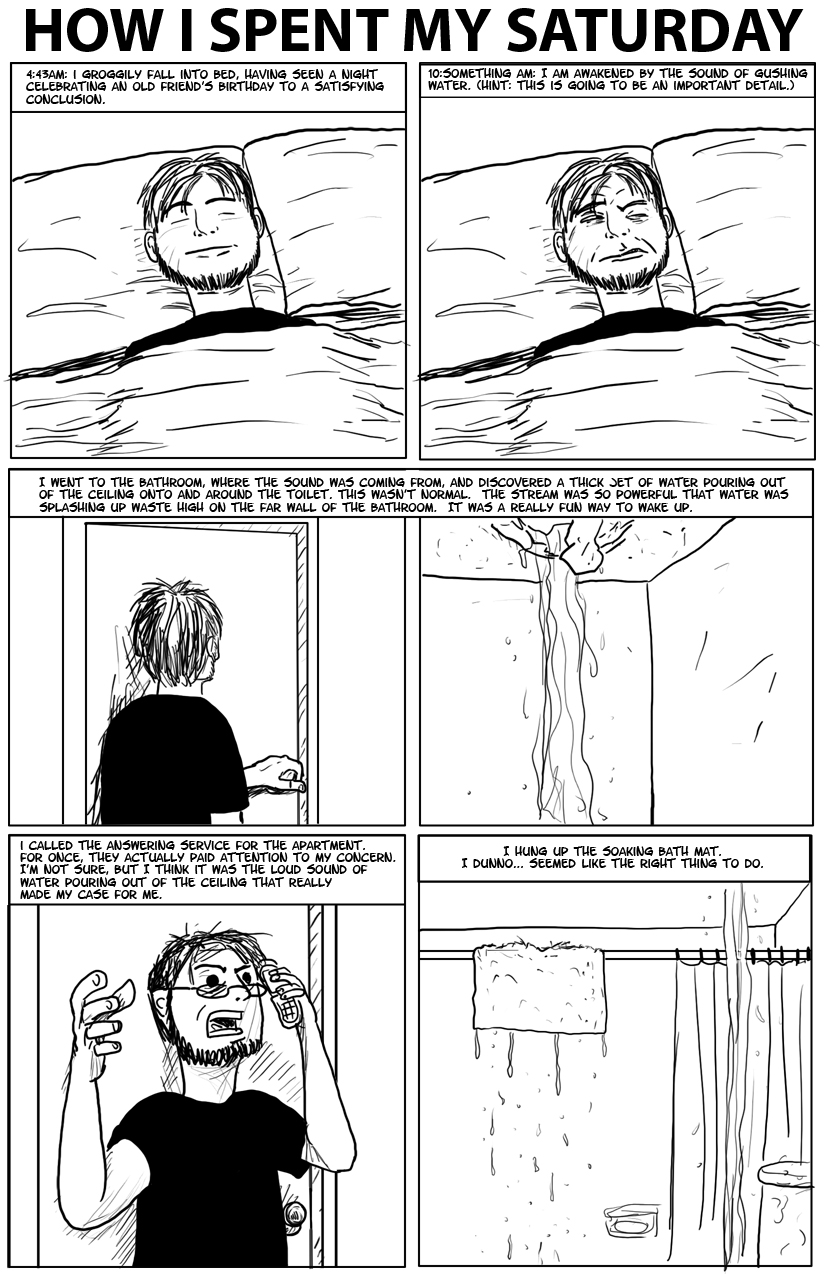 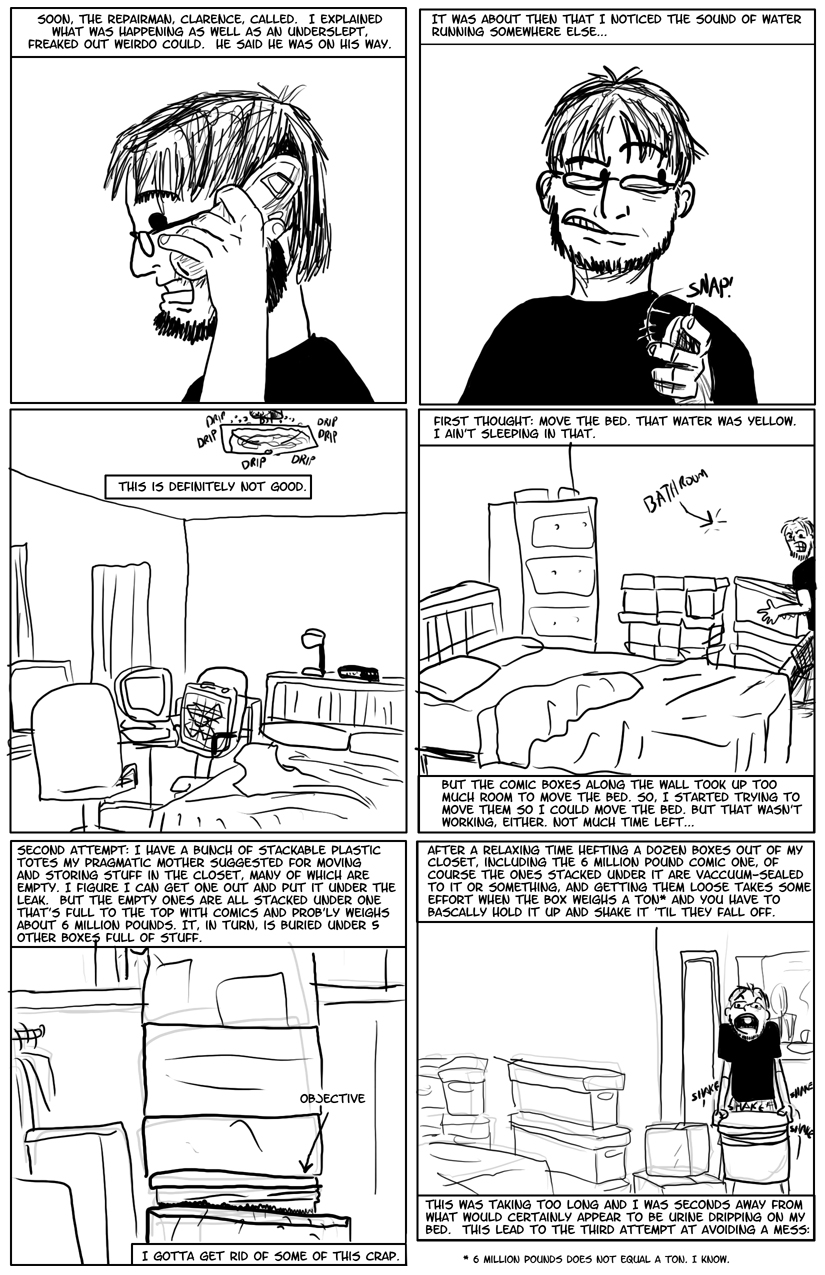 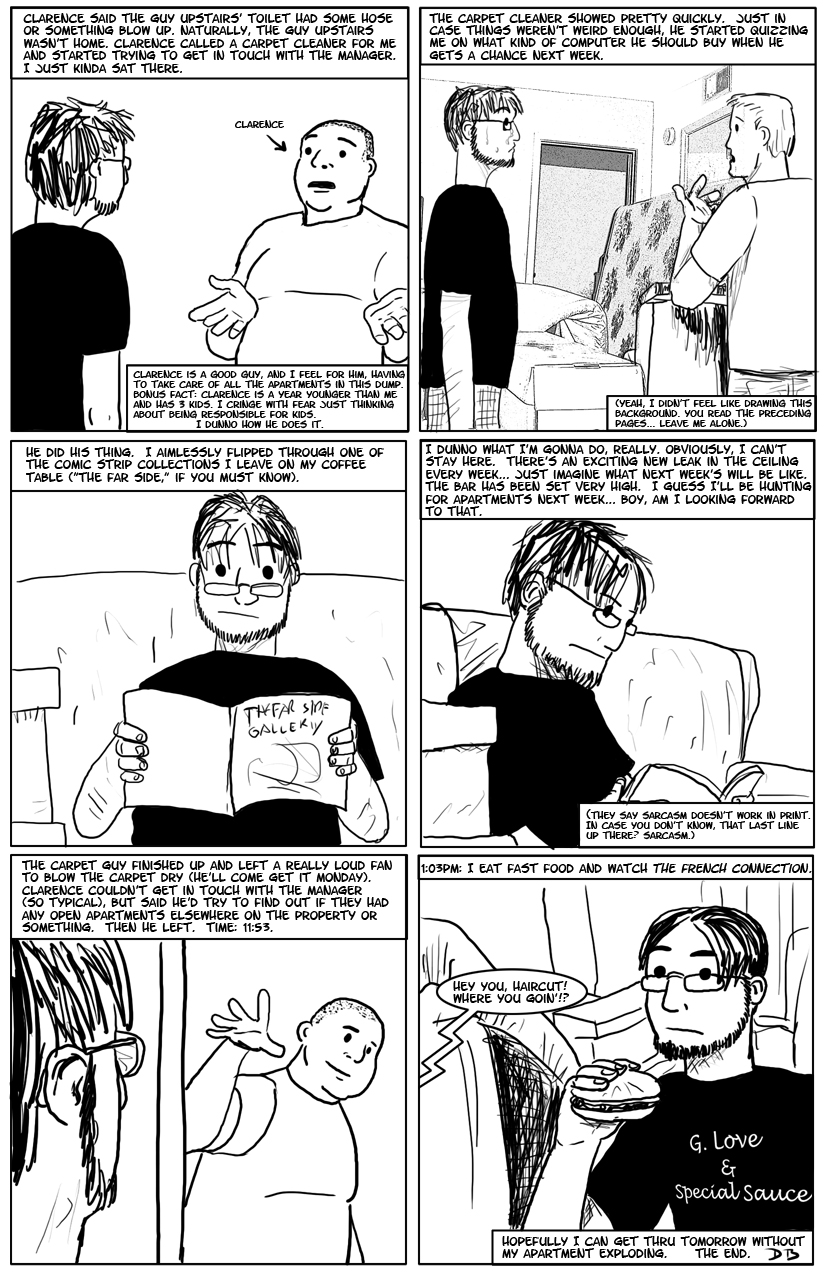