For a few months in 2004, I worked in the weirdest place I have to date. It was kind of a shady operation, as you will see. I was hired as a graphic designer, but I was snookered into a weird place where they’d tell anybody they could do pretty much anything. I decided to make comics about it, but the place proved too boring to keep it up, most days. 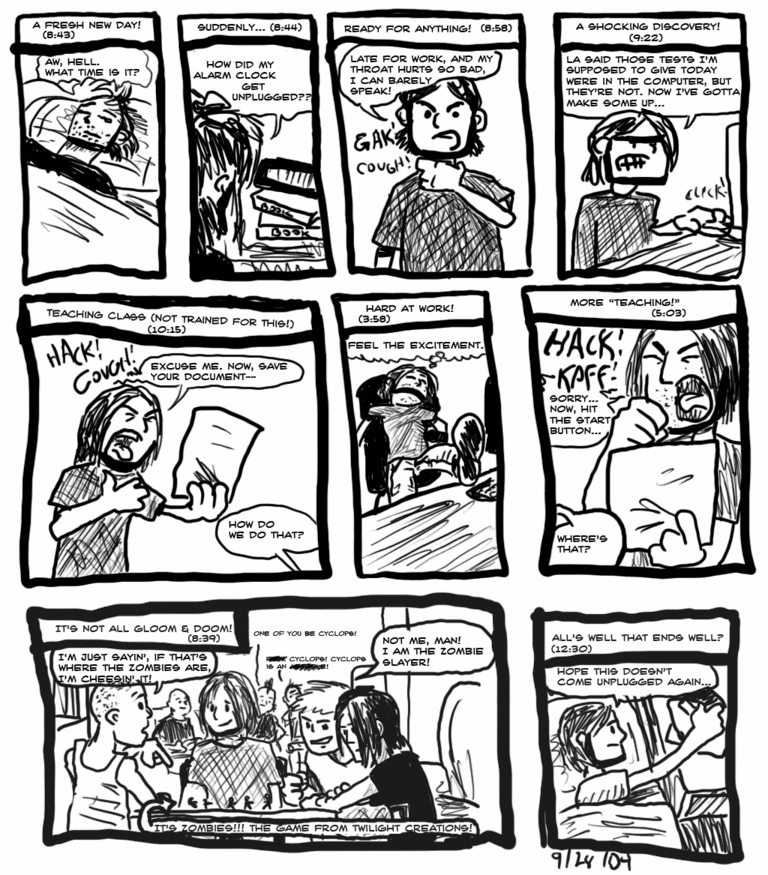 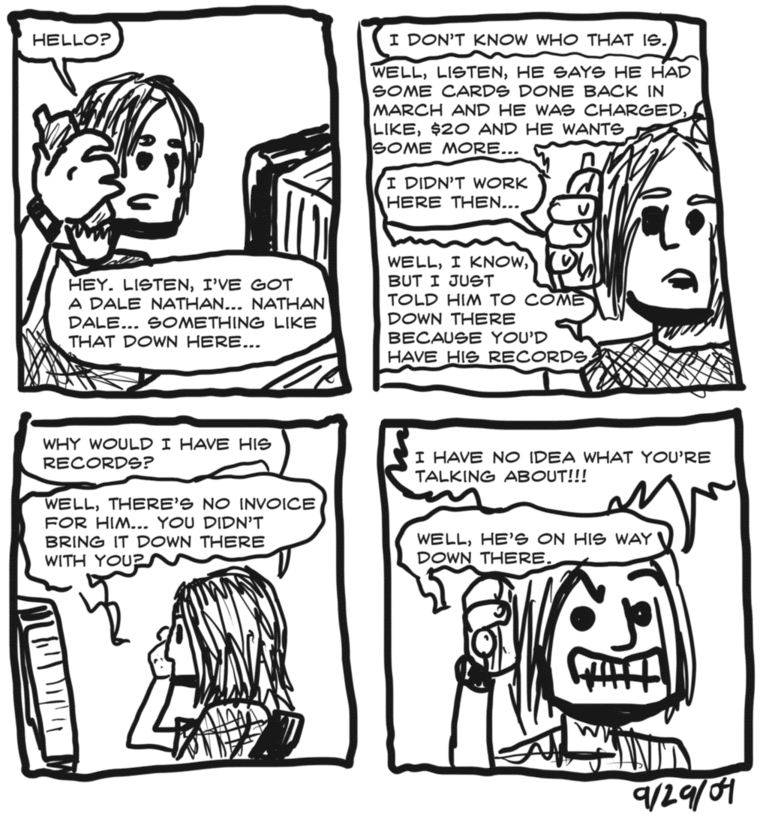 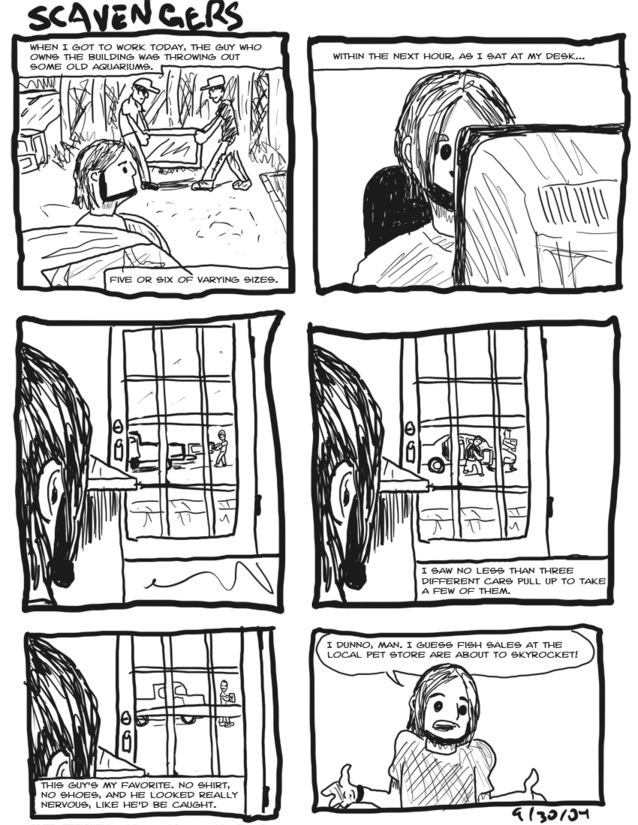 That bottom panel features appearances by Germ, his brother Cody, and Pete playing Zombies!!!, with Shay Ben and… somebody else in the background playing video games. 2004, everybody!