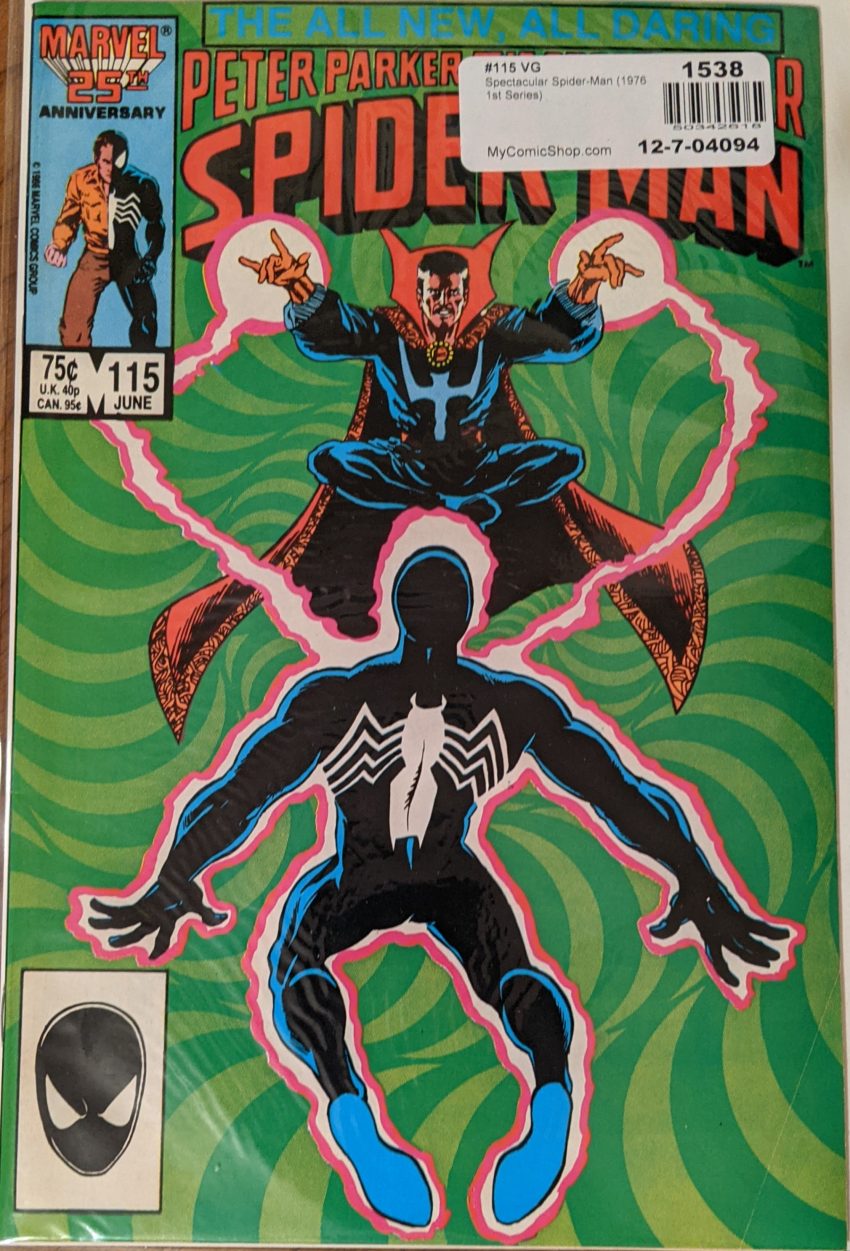 Well, Mark Beachum’s back on pencils, so you know what that means. Bob McLeod inks, “D. Martin” colors. Still not sure who that is. Striking cover by someone or other. I really don’t even have a guess. On page one, we’re introduced to a Debra Burman, who, incredibly, isn’t wearing impossibly tight jeans as she walks home alone from a movie at night and realizes someone is following her. Did someone tell Mark to chill? It turns out, no one is following her, but then she stumbles into an alley where some men intend to do her harm, after all. They’re wearing masks of Spider-Man, Captain America, and The Hulk… but there’s also a guy who’s not wearing a mask? Did they not consult him before heading out to be evil tonight?

Spidey mops up the goons, as you’d expect, but Debra is ashamed that she begged for her life and feels like a coward. Spidey tells her anyone would be scared in her position, but she’s not convinced. Ma’am, 4 goons were seconds away from assaulting you, you are allowed to be terrified. Meanwhile, the now-oft-alluded-to-but-never-seen Foreigner… takes possession of the gold notebook from the fence. Will we ever be rid of this dumb thing? He offers the fence a challenge: he can open one of 2 briefcases. One contains a million dollars, while the other, a snake. When the fence passes, The still hidden Foreigner muses to himself that there was money in both, if only the guy had guts. And then, it’s somewhat delayed, but Mark Beachum gets his rocks off.

Felicia creeping back into the book, but not interacting at all with Spider-Man, is an odd choice. It won’t stay that way, obviously, but this is a lot of build up.

Poor Ann(e) M(a)cIntosh finally gets some screentime again and it’s like this. Peter sure has a lot of attitude about his work for a guy who doesn’t take any of his pictures. Oh, hang on, another advancing subplot. Joe Robertson has just met Randy at the airport, I guess Randy having finally worked up the courage to introduce his new wife Amanda to the folks. When Amanda comes to claim her carry on, Randy just rips the bandaid off and introduces her as “Amanda. My wife.” Joe is a bit shocked. But then, we cut away. I thought that scene would continue. Instead, we follow Spider-Man, ruminating about Flash being Hobgoblin still, as he heads to his photo assignment, only to find Joy Mercado in the middle of some kind of altercation between 2 men. It’s the family from last issue, whose kid got some kinda glowy hand powers, as you’ll recall.

Kinda read like Joy is onto Peter. The abusive dad kicks everyone out of his home, and PEter wonders what set off his Spider Sense.

No idea where this is going. At a diner, the teacher, Estevez, accidentally spills soda on Peter’s shirt, and then he goes back to The Bugle to get chewed out for not getting any pictures by Kate. He’s feeling bad, and decides to flip a coin to decide what to do with his evening. But something weird is going on. He never tells us the terms of the coin toss, but is upset that it keeps coming up tails. What does that mean? We’ll never know. We’re told he tosses 7 coins a total of 179 times and never gets tails. He decides something weird is going on. What was he flipping the coins for???

They’re having a real hard time working this “I don’t want to be Spider-Man anymore even though I am always being Spider-Man” angle. Get used to that. He happens to swing by The Black Cat, who’s preparing her heist on The Foreigner’s place by getting in no fewer than 3 gratuitous butt shots on a single page. She thinks she needs to concentrate on The Foreigner instead of Spider-Man, as she’s sure he never thinks about her. But he is thinking about her, and in fact, seems ot think his bad luck lately is all her fault as he approaches Dr. Strange’s place. Felicia manages to get into Foreigner’s place with ease as…

So her already silly bad luck powers can now attach themselves to someone permanently? That seems like a little much for the character. Almost certainly not what Mantlo had in mind. Or even Marv Wolfman, for that matter.

Sigh. This is absurd. Doc Strange does his thing as Spider-Man broods, sure Felicia did this to him on purpose and upset about it. It’s been over a year since they parted, why did this take so long to come up? Strange declares Spider-Man fixed, but is still worried that he’s affected the source of the hex. And he has, as Black Cat gets socked right in the face by that goon, just like she asked for. He gets in several more licks as she reels in shock.