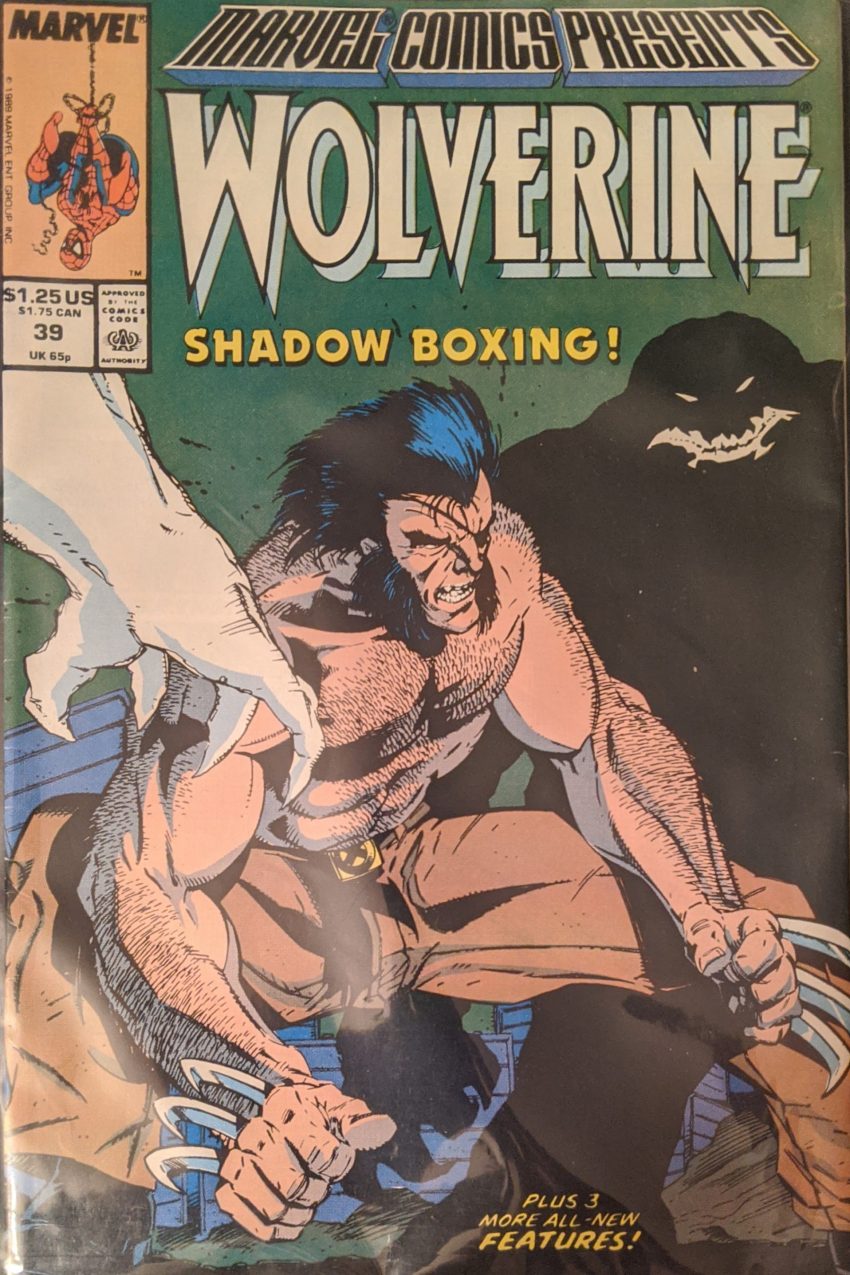 The first appearance on the blog for Marvel Comics Presents, a weekly anthology title that also served as a sort of 2nd solo book for Wolverine in this period, with him frequently starring in the first feature. MCP would have 3-4 stories per issue, with at least the lead feature and maybe others serialized over several issues and the rest being short stories. And this month, one of those short stories concerns our guy. MCP was also known for its wraparound covers depicting all the stories inside, so here’s the rest of the cover for this one, but Butch Guice & Bob Layton:

Behind chapter 2 of a Wolverine story by co-creator Marv Wolfman and the legend John Buscema, chapter 2 of a Wonder Man story and the beginning of a Hercules serial, we find our Spidey tale. Bill Mumy (Who played the kid on Lost In Space and wrote a bunch of comics as an adult) writes, Aaron Lopresti draws, Sam Grainger inks & Evan Skolnick colors. As it begins, Spidey has gone to ESU because he forgot his notebook, and finds some people stealing stuff out of the school and trying to escape with it in a van. He stops the van, so they all jump out and run.

Spidey has no response for that, Having webbed everyone up, he realizes they’re all students, including some he knows. And he soon discovers they were trying to steal lab animals.

Not the most substantial story, but a pretty unique one. Spidey’s acting in that fall is pretty funny. The more European/indie feel Lopresti’s art really did not fit in with the times. I was not a fan at all as a kid, but I see the quirky appeal as an adult. This isn’t the last we’ll see of MCP, but it’s all we got today. Short post for once.