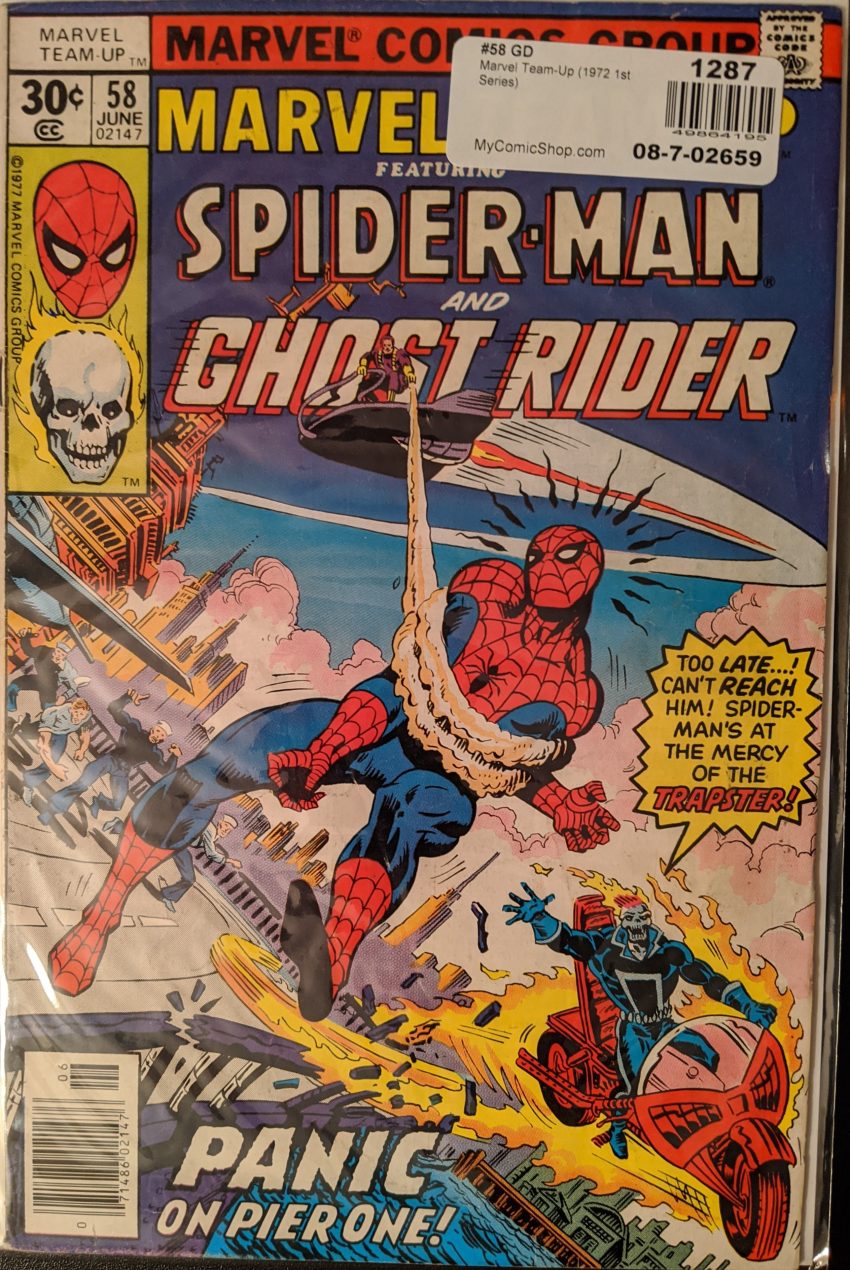 Len Wein is killing me. I cut my first block from his run awkward and short because it picked up so many threads from the end of Conway’s and I didn’t want to spoil a lot of things. I figured I’d get there in this block, once the Conway stuff was over. Except the Conway era ballooned out of control as I got more Marvel Team-Ups, and I decided to split the Conway block we just got out of in 2, pushing the rest into the future. Which means I STILL haven’t gotten to the stuff Len is spoiling. Conway’s out with ASM 149, and Wein is still doing stories tugging threads from that run in 169. Killing me! So I’ve thrown up my hands and jumped way ahead. This block was going to start with ASM 157, but now the first issue of ASM we look at will be 1977’s ASM 171. Maybe this will work. I don’t know. I am very frustrated by this. Not that anyone reading this probably cares. Anyway. Got a few things to look at before ASM 171, starting with this. I’m not sure these are the most sinister foes of all, myself. Feel like I’d at least know who they were. But who knows? We’re really gonna try to sell The Trapster as a villain who could stand up to both Spider-Man and Ghost Rider? Oooooohkaaaaaay. We got Chris Claremont, Sal Buscema & Pablo Marcos trying to accomplish this, and they begin with Peter & Mary Jane walking past a crew filming for a movie.

Bit confusing. Stunt-Master is a minor Daredevil villain, a motorcycle stuntman who turned to crime as his career faded. Are they making a movie about that? Who knows? It appears Stunt-Master is the hero of the piece, as the action involves him/Blaze chasing some bad guys, but this goes awry when SOMEONE shoots a powerful adhesive onto his front tire. Goodness, who could it be? Could it be the guy on the cover?? As the front wheel comes off, Blaze manages not to break his neck, but is soon careening toward the film crew, almost smashing into Pete & MJ and whacking the latter in the head with some debris. In an attempt to get under control, he turns into Ghost Rider. With MJ being looked at by a medic, Peter leaps up a wall.

So now Trappy is flying around on some kind of sled with Spidey in tow, just like on the cover. Trapster says he’s going to kill Spidey and come back for Ghost Rider, leaving GR free to summon his motorcycle and go after them. As he flies Spider-Man to his alleged death, Trapster helpfully tells us how he and the rest of The Frightful Four escaped their recent defeat in Fantastic Four 178, and how Trappy saw a newspaper saying Ghost Rider was in town, and went to settle a score. They apparently fought in Ghost Rider’s series. But, Spidey stopped his murder scheme, so now he’s gotta go, too.

Spidey disarms his dopey foe with a kick, but then Trappy sets of a magnesium flare to blind our hero and just tosses him off the flying whatever. As we know, falling from a great height is one of Spidey’s hobbies, and he’s right into it. Lucky for him, Ghost Rider wasn’t far behind, and is able to catch him.

Bit intense there, GR. Somehow, after having been easily embarrassed by 2 different superheroes in 10 minutes, Trapster is still going, having crashed onto an aircraft carrier? Ok? GR catches him first, and Trapster quickly makes a big wall of his paste, which mildly inconveniences Ghost Rider, and that’s about it.

Spidey just can’t catch a break. While the heroes are being attacked by The Navy, Trapster manages to get a fighter jet running and set to drive off the boat onto a busy freeway. Spider-Man is able to get it to turn and fall into the ocean instead, though.

That “isn’t very nice” bit is not too different from a thing Claremont likes to have Wolverine say This whole comic felt like the work of people who knew Trapster didn’t have a chance but decided to go through with it, anyway. Pretty weird.