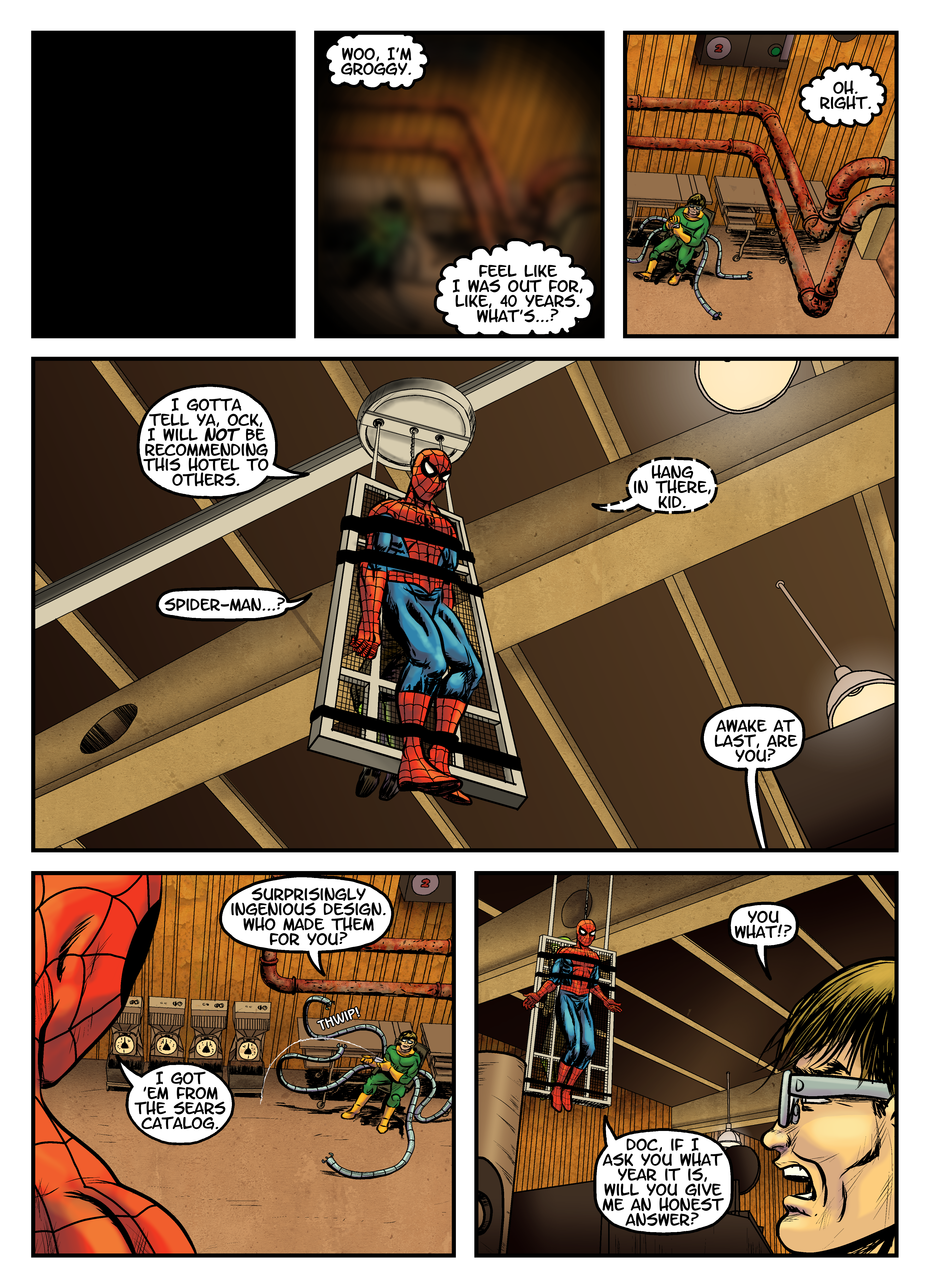 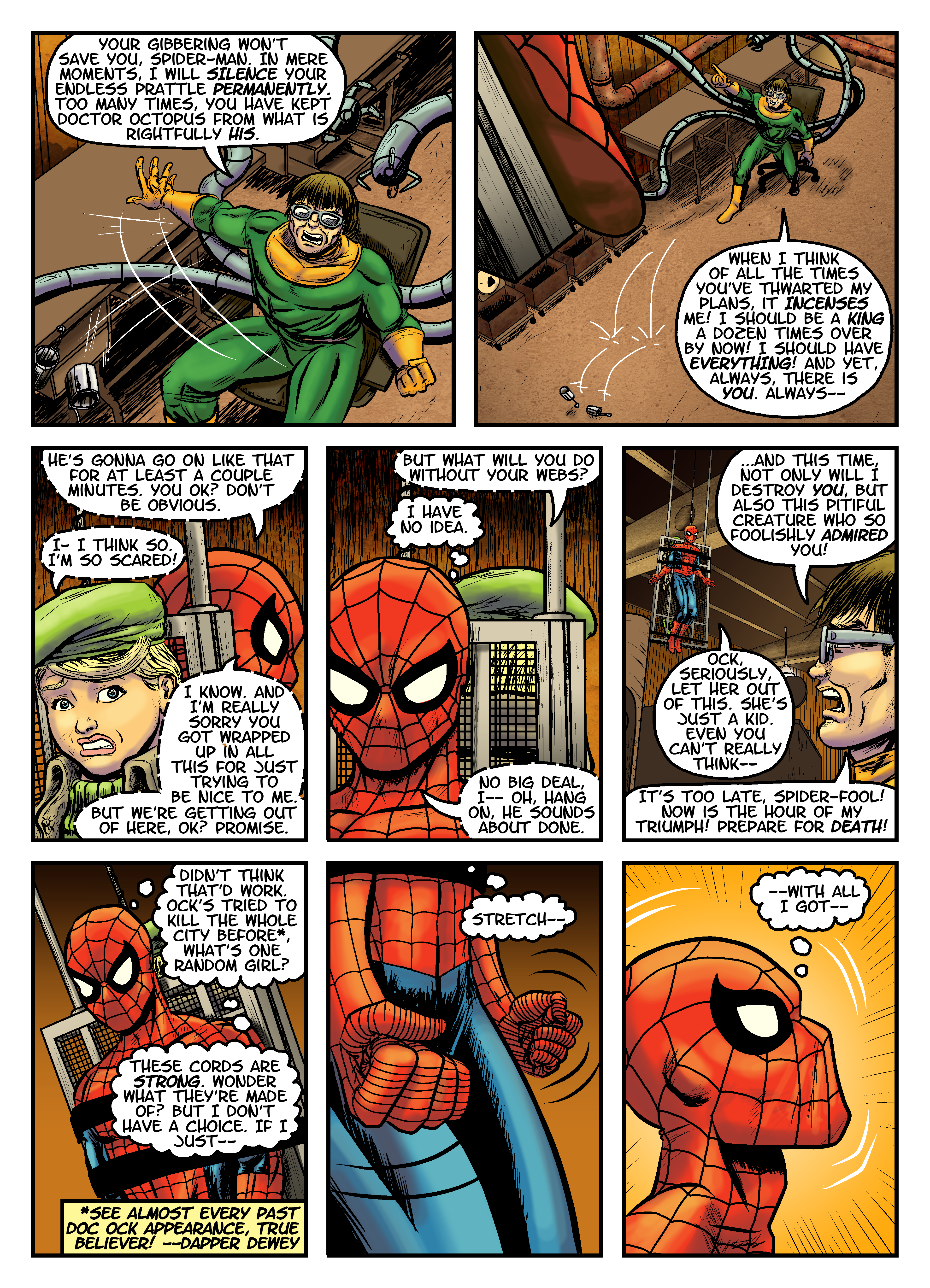 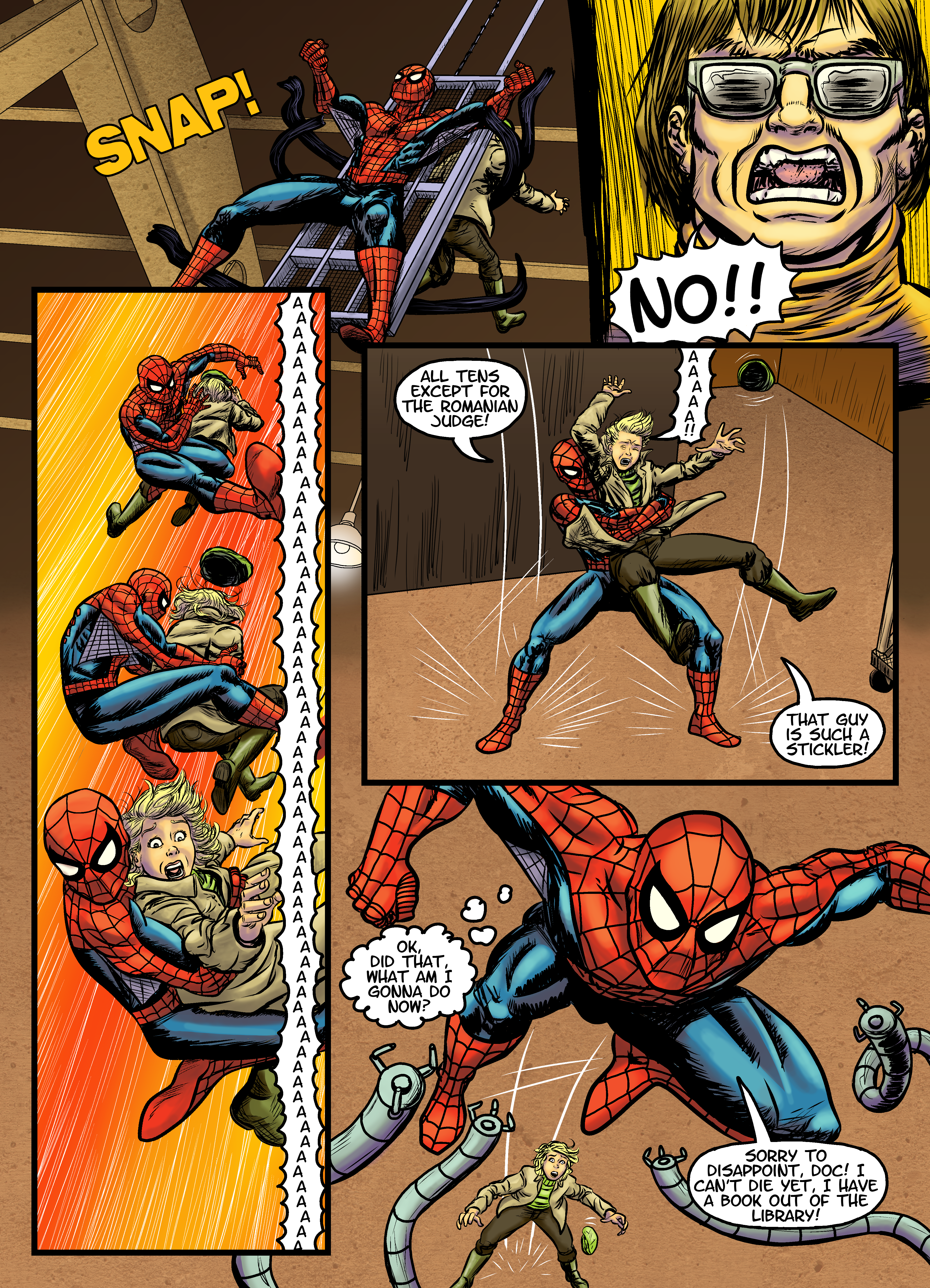 It’s mine, all mine! The existing plot ran out on page 24, from here on out, it’s all me. And Spider-Man wakes up in a fully contemporary comic book! Kinda put a button on that in panel 2. But, yeah, I decided early on to make it a really clean break between 24 & 25, trying to make the best 80s comic I could until 24, and then the best 2020 comic I could from 25 on. Different page layouts, repeating panels for effect, digital color techniques, and trying to draw the strip like me instead of like me trying to draw like Romita, Jr. But I think weeks of inking him and then trying to draw like him left a positive influence. Spider-Man’s joke when he hits the ground is specifically for my brother. And anyone else who played Space Quest III, but mostly my brother.

Nothing in comics has changed more since the 80s than color. Color in the 21st Century is absolutely incredible. Color was kind of an afterthought in the old days, but today’s color artists are so talented, so instrumental in the success or failure of a comic, and never get the credit they deserve. It’s the thing I agonize about the most in my own work, a discipline I’ve barely scratched the surface of. I did a lot of experimenting with color before I wound up with the approach seen here. I was going to go with the most mainstream comics-lookin’ colors I could, even though I am way too much of an amateur. But I hit on this kinda painterly modeling and lighting that I thought looked pretty good and stuck with that. I also used some textures for concrete, rust, metal and stuff. Anything to get a more grounded feel. I can’t hold a candle to people like Laura Martin, Marte Garcia or Matt Hollinsworth, but I think it looks ok.

I got nothin’ to show down here anymore. Everything on the page is me.