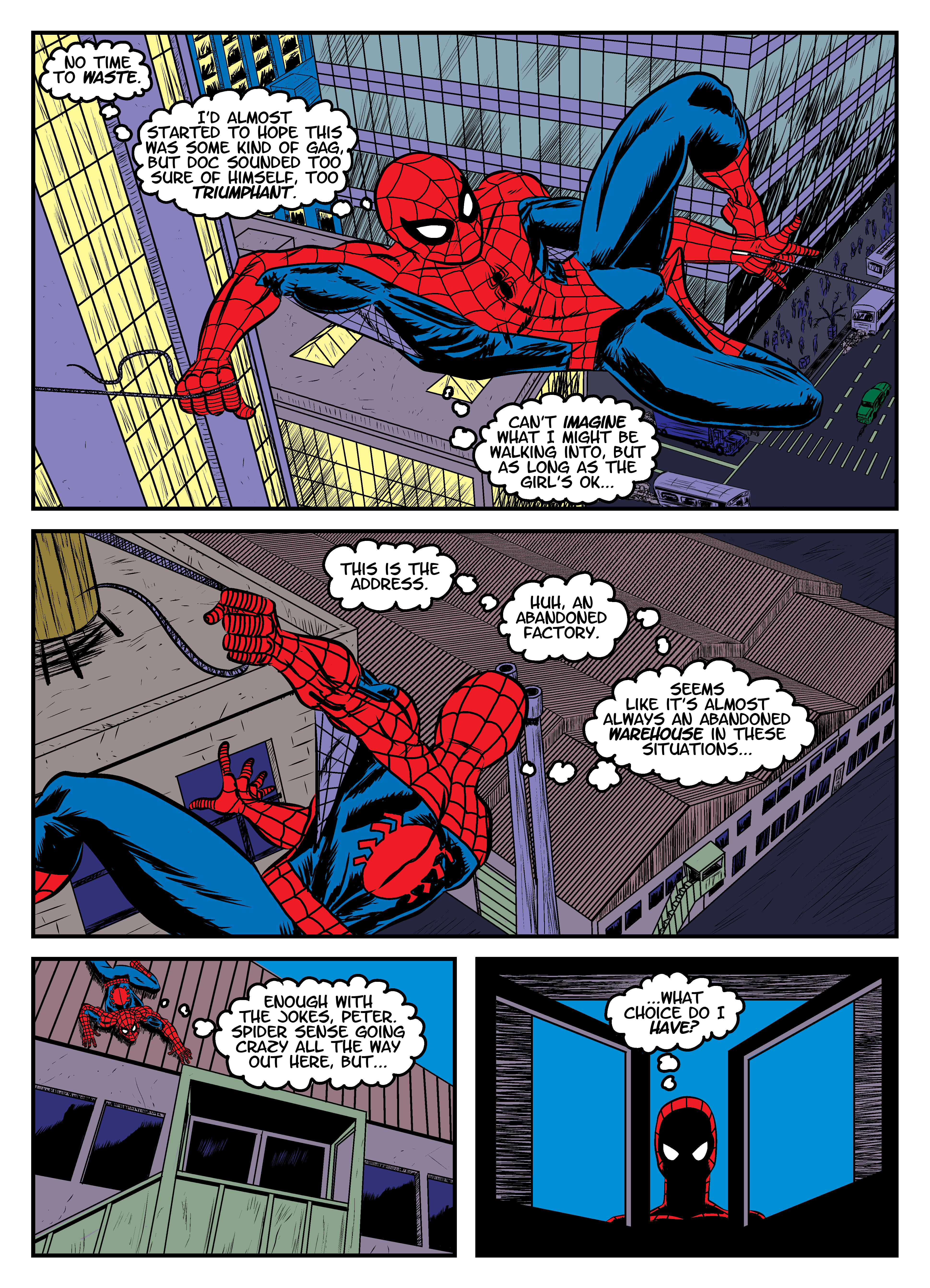 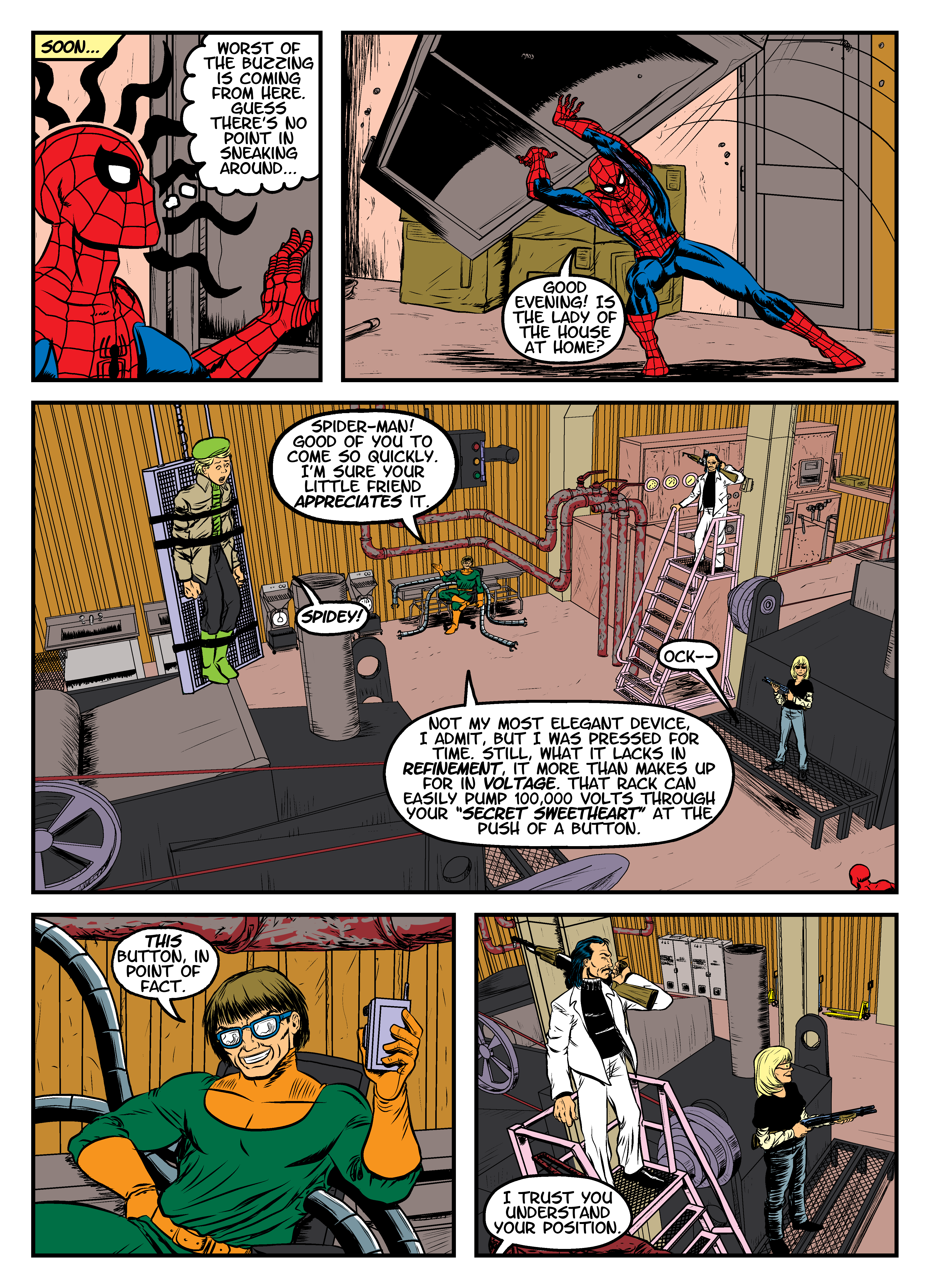 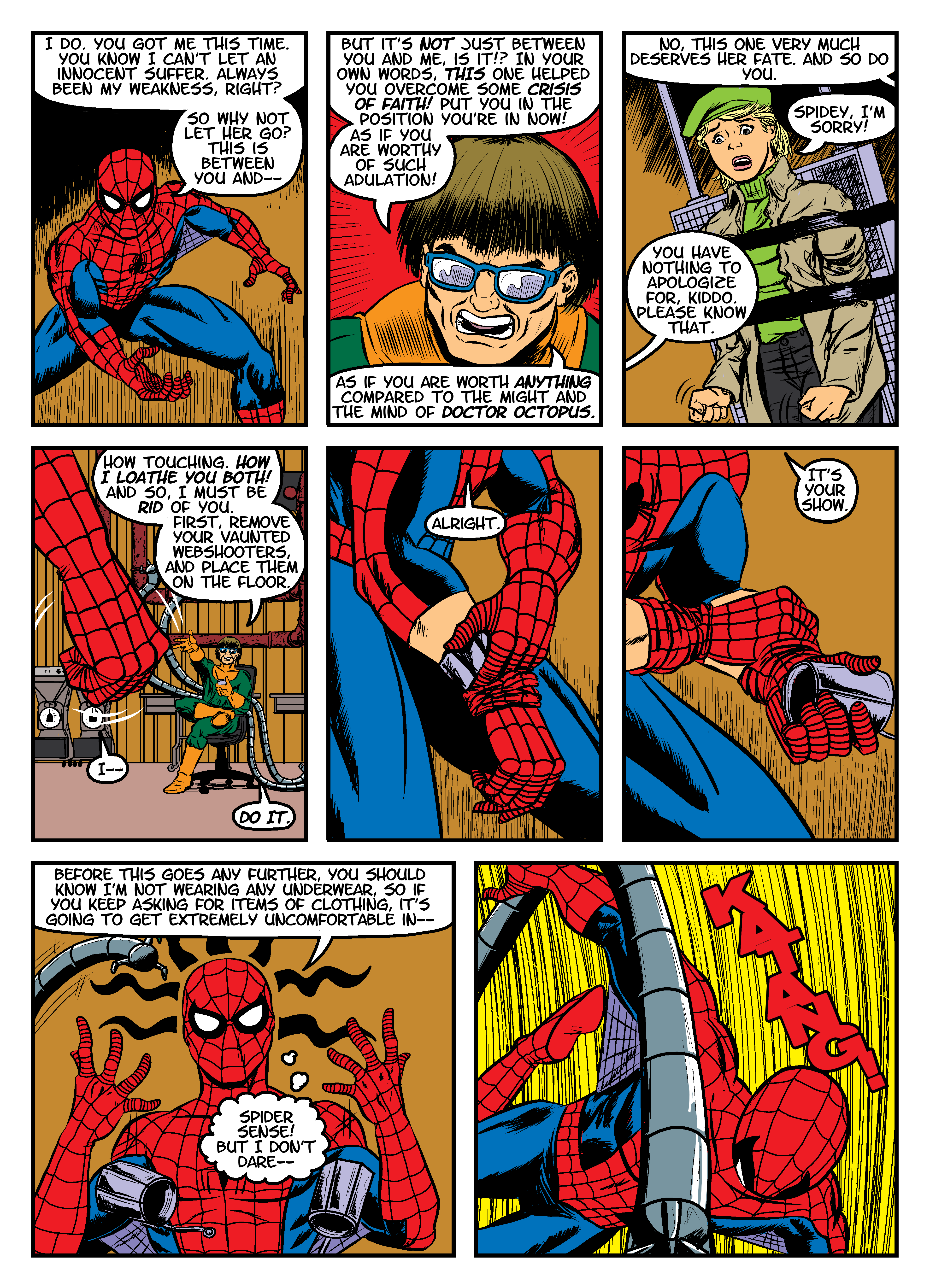 Knocked out! Still having a great time writing Spider-Man, and now Doc Ock, too. Some good ol’ fashioned maniacal villain talk. You’ll see below that I changed the plot a little, but I had a plan. I have no idea why people draw comics for a living. Look at all that detail. And most readers are gonna skim right past it. And why wouldn’t they? You slave away for hours and hours on stuff no one’s going to even look at. But you gotta do it, or the panels won’t have any weight or character. I seriously cheated, tho. As seen below, Shooter is literally begging you to make the factory interesting. I am a frequent user of the 3D program Sketchup. I built the city, the bikes and stuff for Closed Galaxy in it. And they have a “3D Warehouse” section where people can upload models for others to use. When I needed a factory, I borrowed some. I owe a ton to user “buildalotalot” for the exterior factory model, and even more to “GM777 (AJ)” for the interiors. As you can see, AJ there made a factory with all kinds of cool equipment and stuff, and apparently makes and packages French’s mustard? Thanks to Sketchup, I could move the camera all around inside and pick some shots. As you can see, though, I couldn’t just drop the models in. I had to build out some things on the outside, and draw the surrounding area, and inside, I had to get all the people out and try to make stuff look old and derelict. I think the color helps there. I hope Mr. Shooter would be pleased.