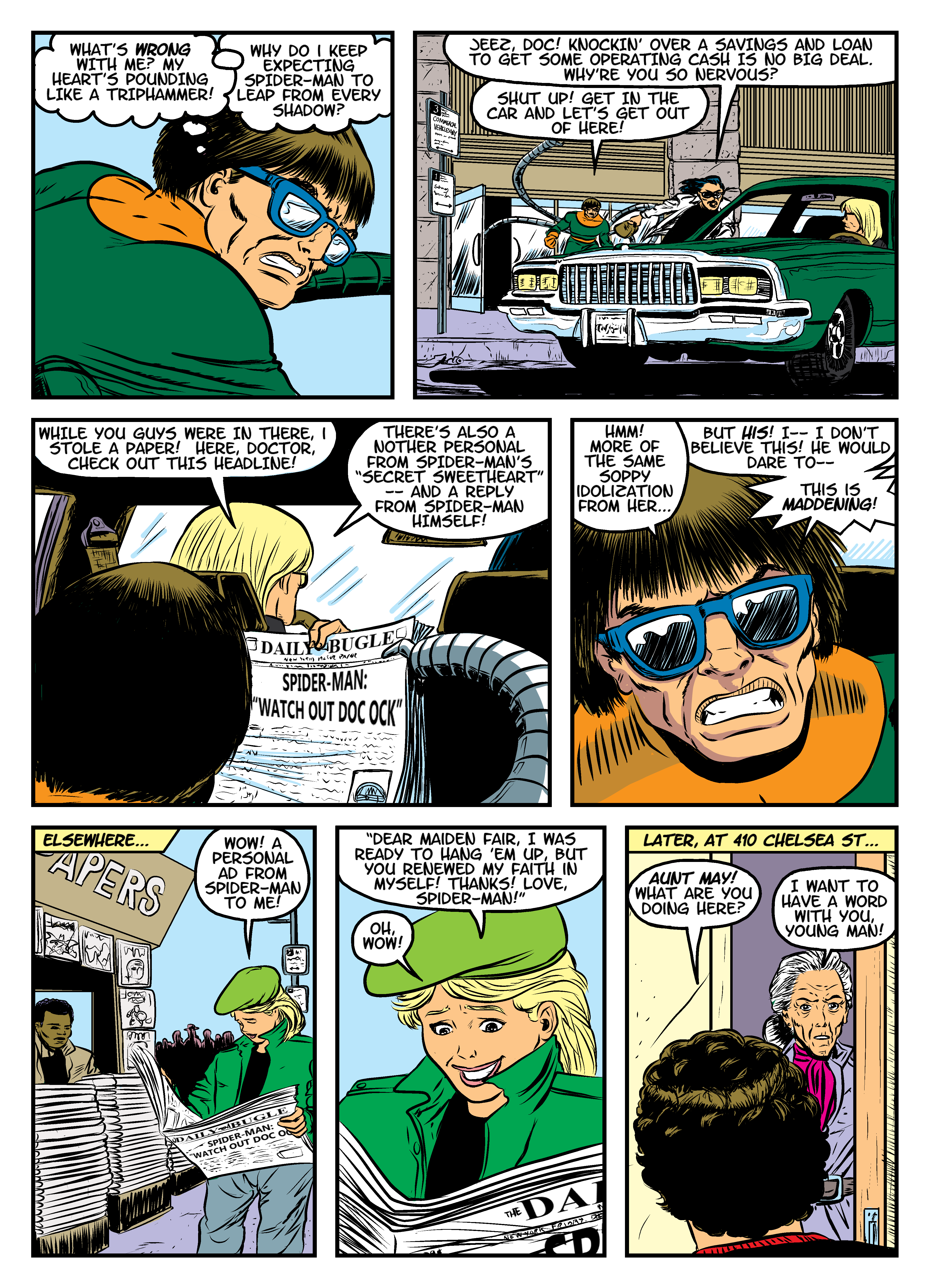 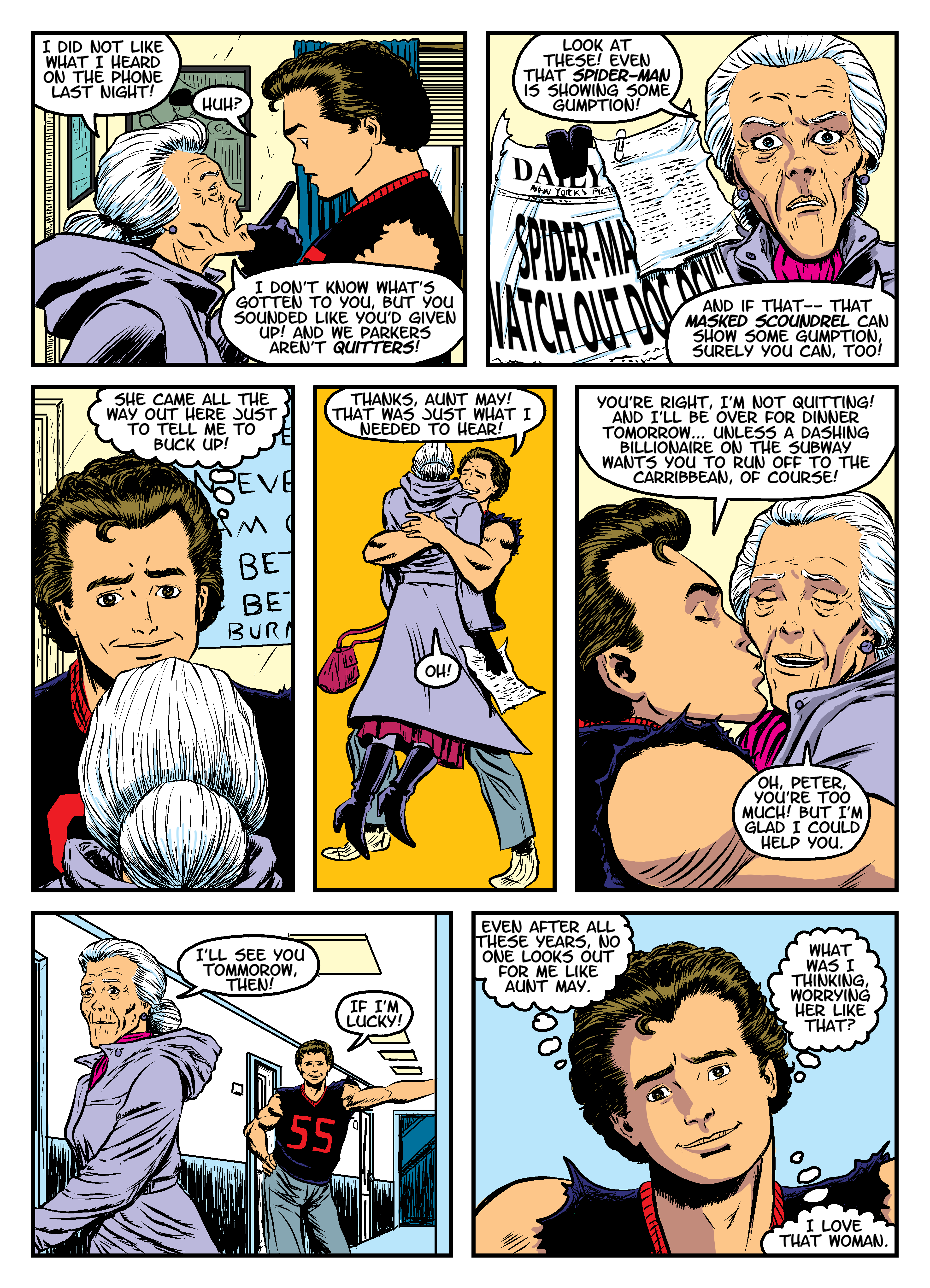 Stuff like that car always kind of amaze me in old comics. I can Google anything, but artists like Romita always got accurate reference for stuff somehow in the 80s. Doc Ock’s weird crisis of faith seems like it’s about to boil over. Meanwhile, as of page 15, I’m writing the script now, based on a plot by Shooter and Romita’s margin notes. They threw me in at a weird part. Aunt May draggin’ all the way to Peter’s apartment to show him an article about Spider-Man and leave is… weird. But I guess it’s a nice moment between the 2 of them, and fully resolves Peter’s own personal crisis, so it’s doing work. And I got to try my hand at Peter’s famous, slightly weird way of gassing up Aunt May with compliments. She is stuntin’ on ’em in those boots, y’all!

In the original art, we discover something pretty surprising: The young lady from the roof the in the beginning was brunette as far as Romita was concerned. I don’t know why Milgrom changed her hair to light, but I followed suit. I also made my first real edit to the art in that bottom middle panel on 14, ‘cuz her face is kinda weird to me. I think I made the right call. I hope if Romita ever sees this, he forgives me. Finally, even though she hasn’t been named in the book, we see below that the young lady who got this plot rolling is named Janet. 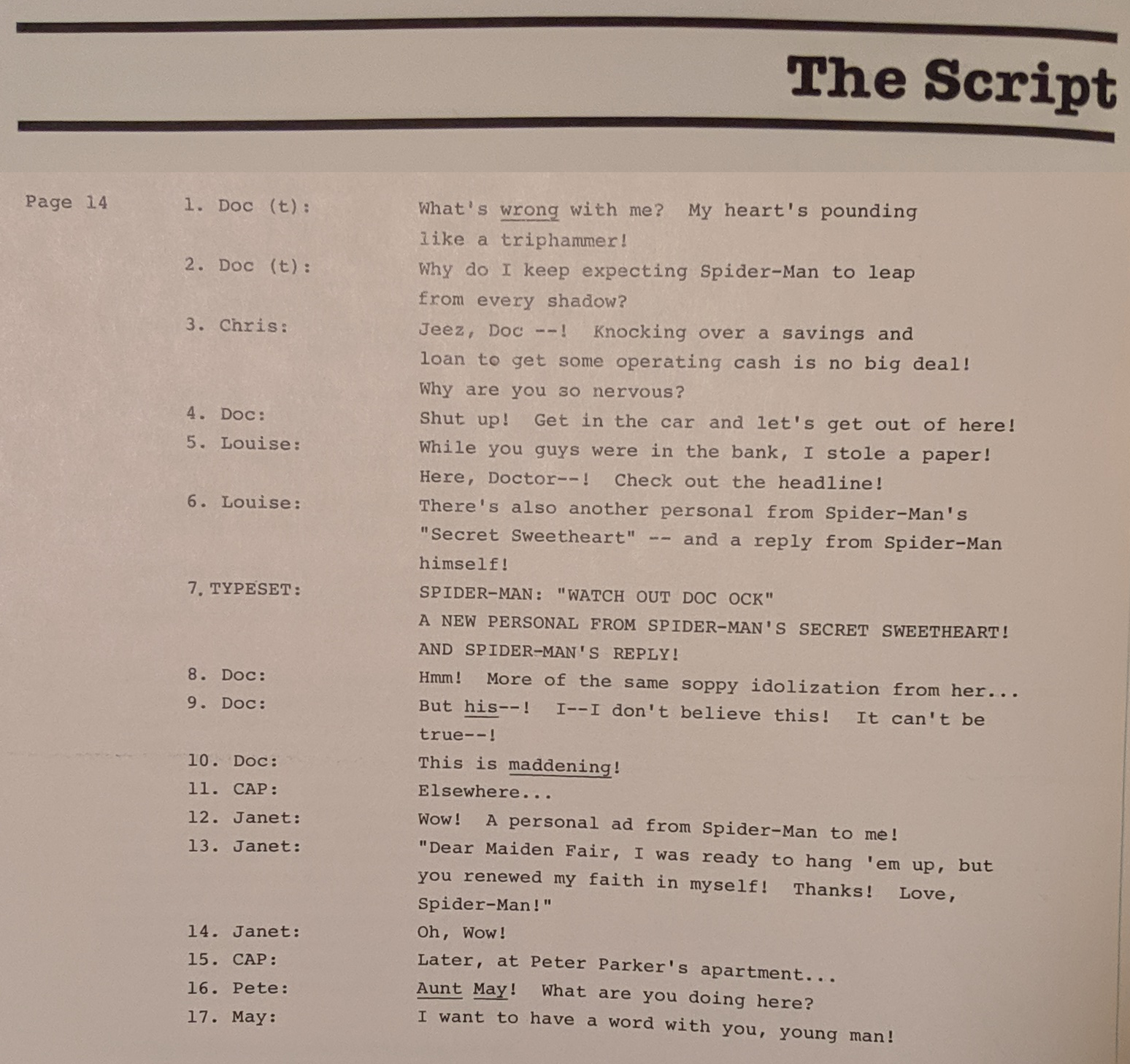 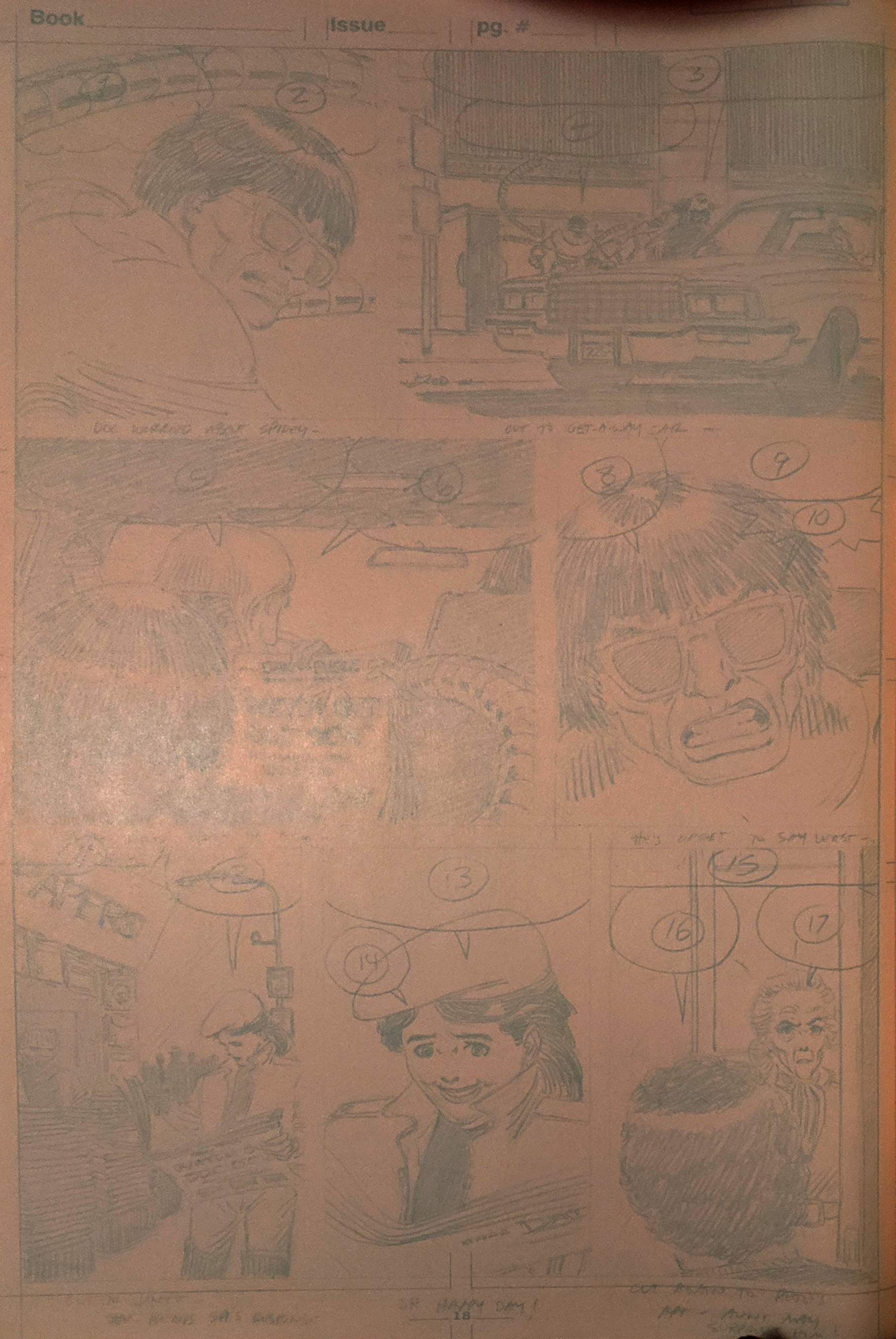 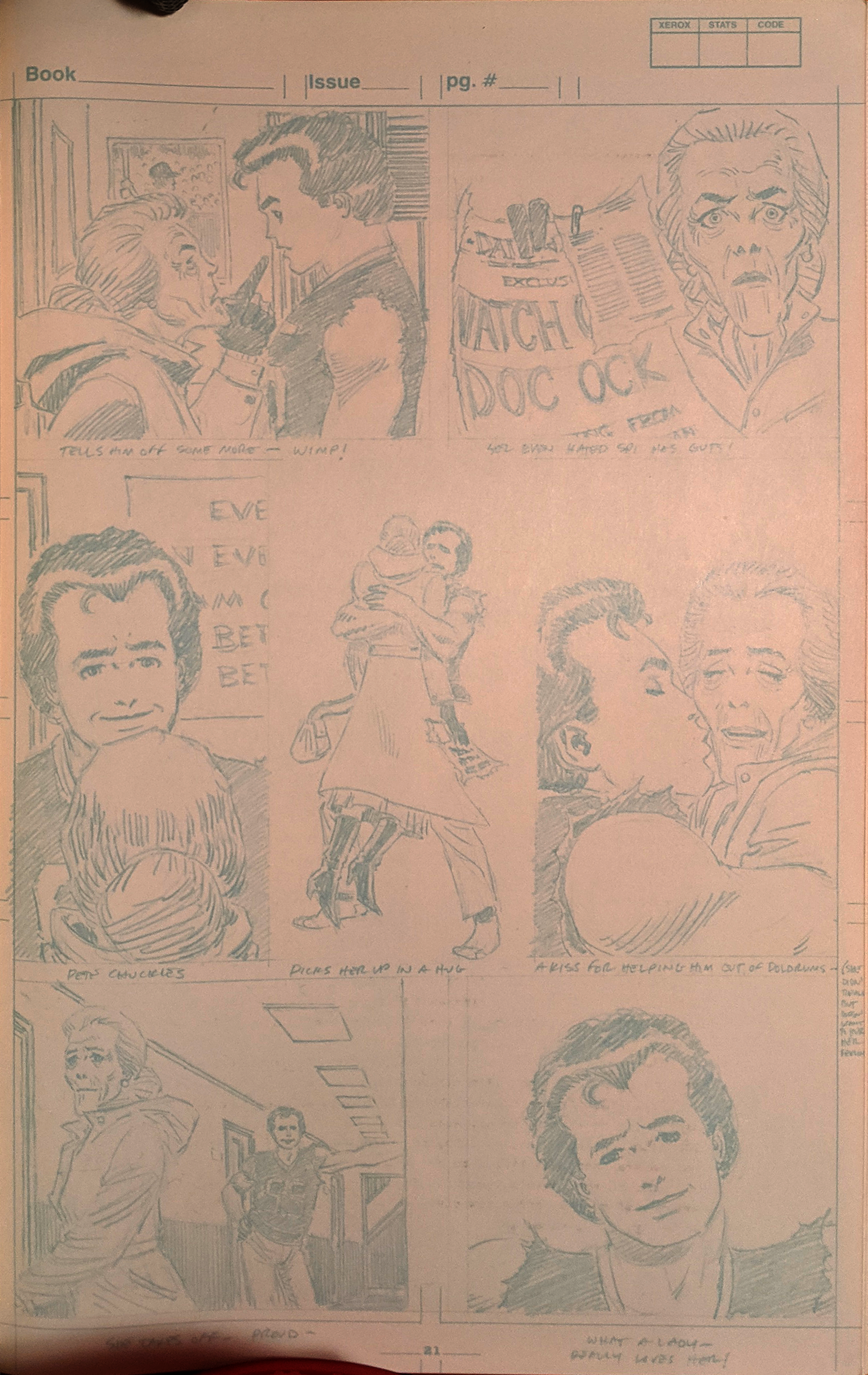