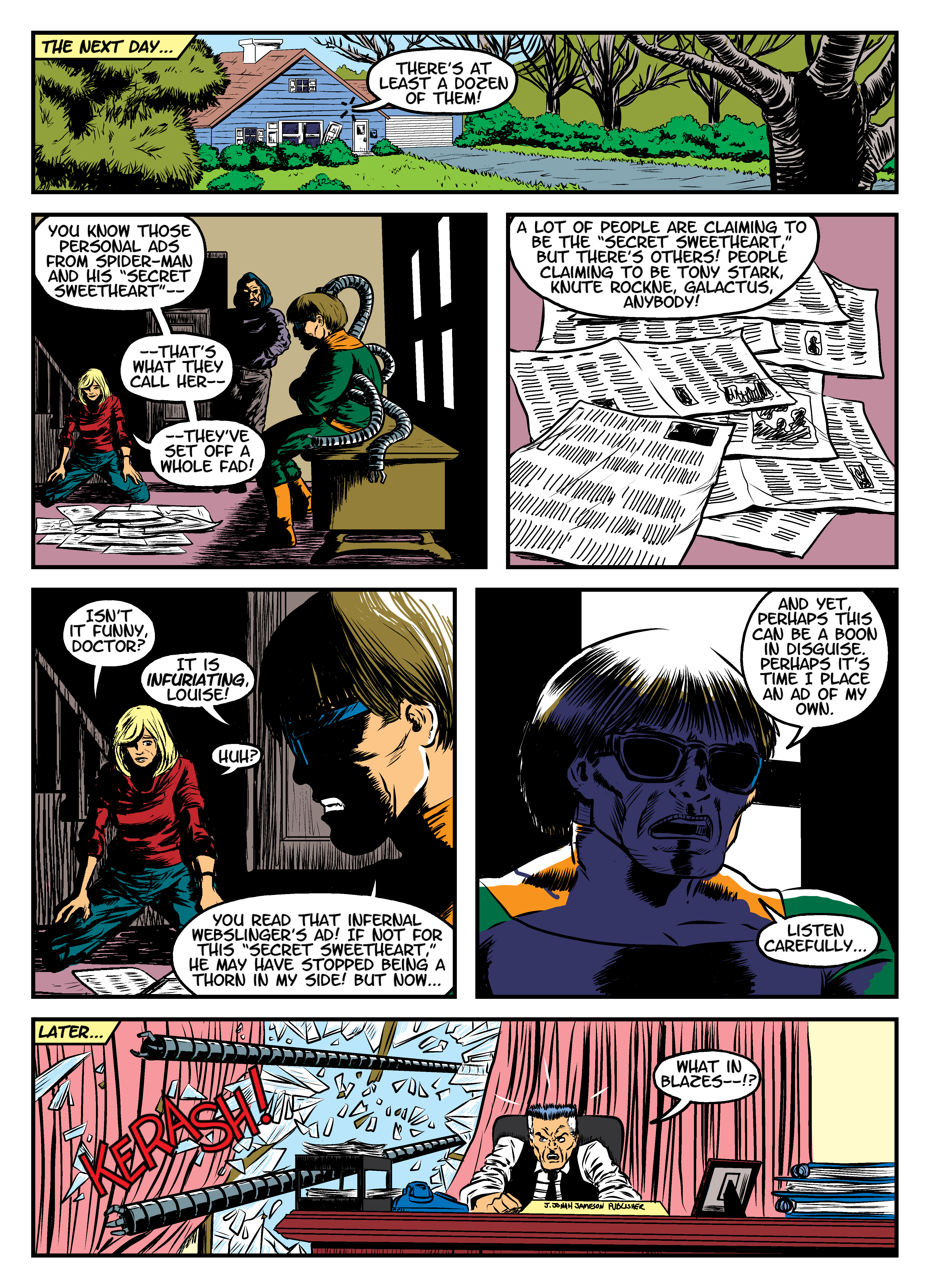 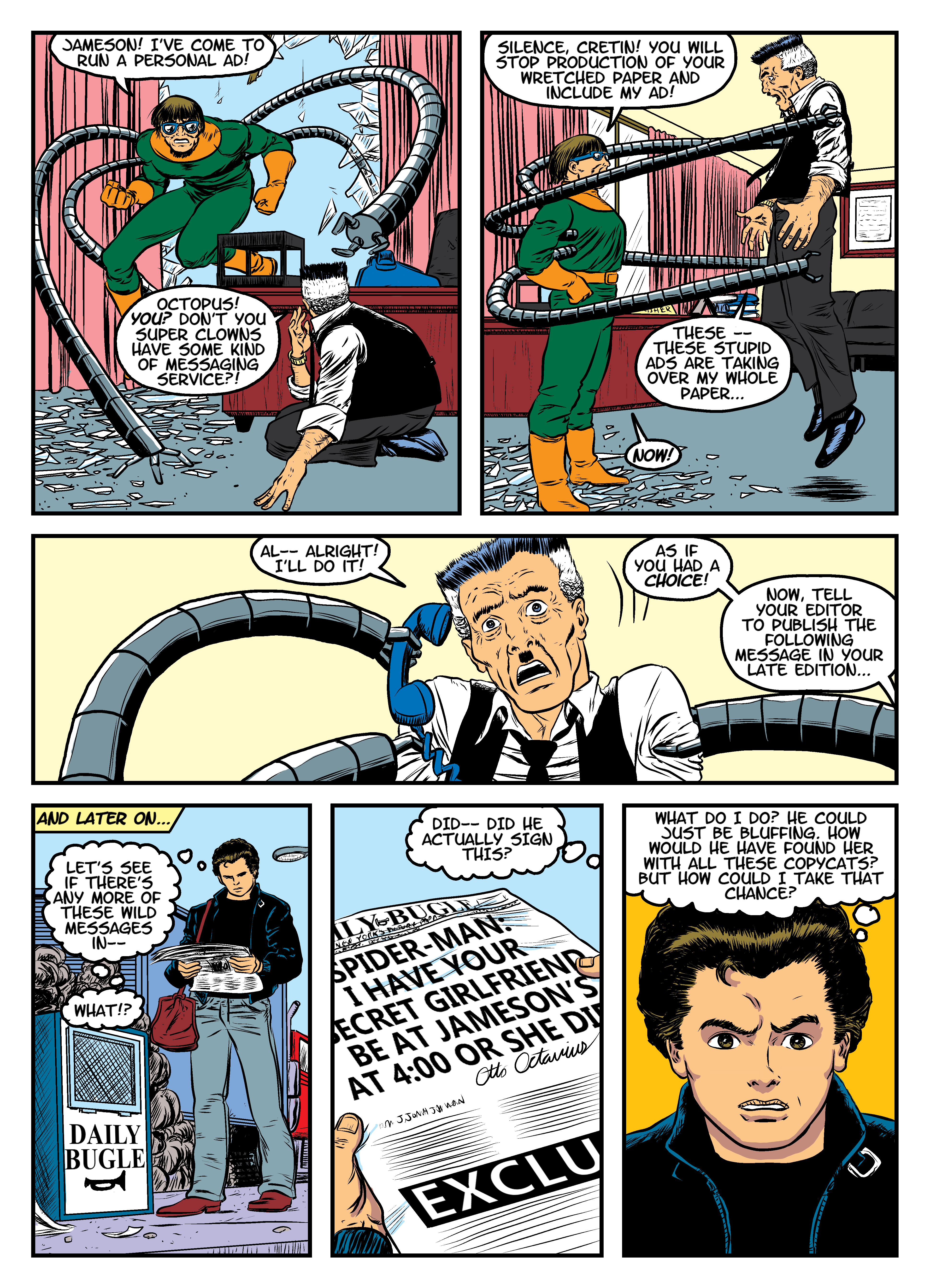 I’m not trying to tell Chris & Louise how to live their lives, but that house could use some work. All the shadows on page 16 were hard to deal with. I know what I’d do with all the tricks available to me in 2020, but what’s the 1983 solution? I think the purple on Doc’s face is reasonable. Knute Rockne! I honestly don’t even know who that is but, as seen below, Shooter suggested it, so I used it. The choice of phrase “And later on…” on page 17 is an extremely obscure reference to the 2nd De La Soul album to entertain no one but myself. That’s just how I get down.

We see something interesting happening here, just part of The Marvel Method: Romita has started changing the pace of the story. Shooter’s page 17 script starts on 16, and the bottom of 17 has stuff Shooter called for 18. No one could say why but Romita, but I suspect he didn’t think he could make 16 visually interesting enough and decided an exploding window would solve that.

On page 17, I’m not sure the beat I put in the 4th panel would’ve really been written in ’83. That kind of aside is pretty modern. But as we see in the originals below, Romita drew Doc Ock’s signature on the paper, and I just thought that was so funny… the idea that he forced JJJ to put his signature in his threat… I had to lampshade it. Also on 17, I have finally had enough with the way JR is drawing Peter with a receding hairline and started to fill in his hair. I just had to. 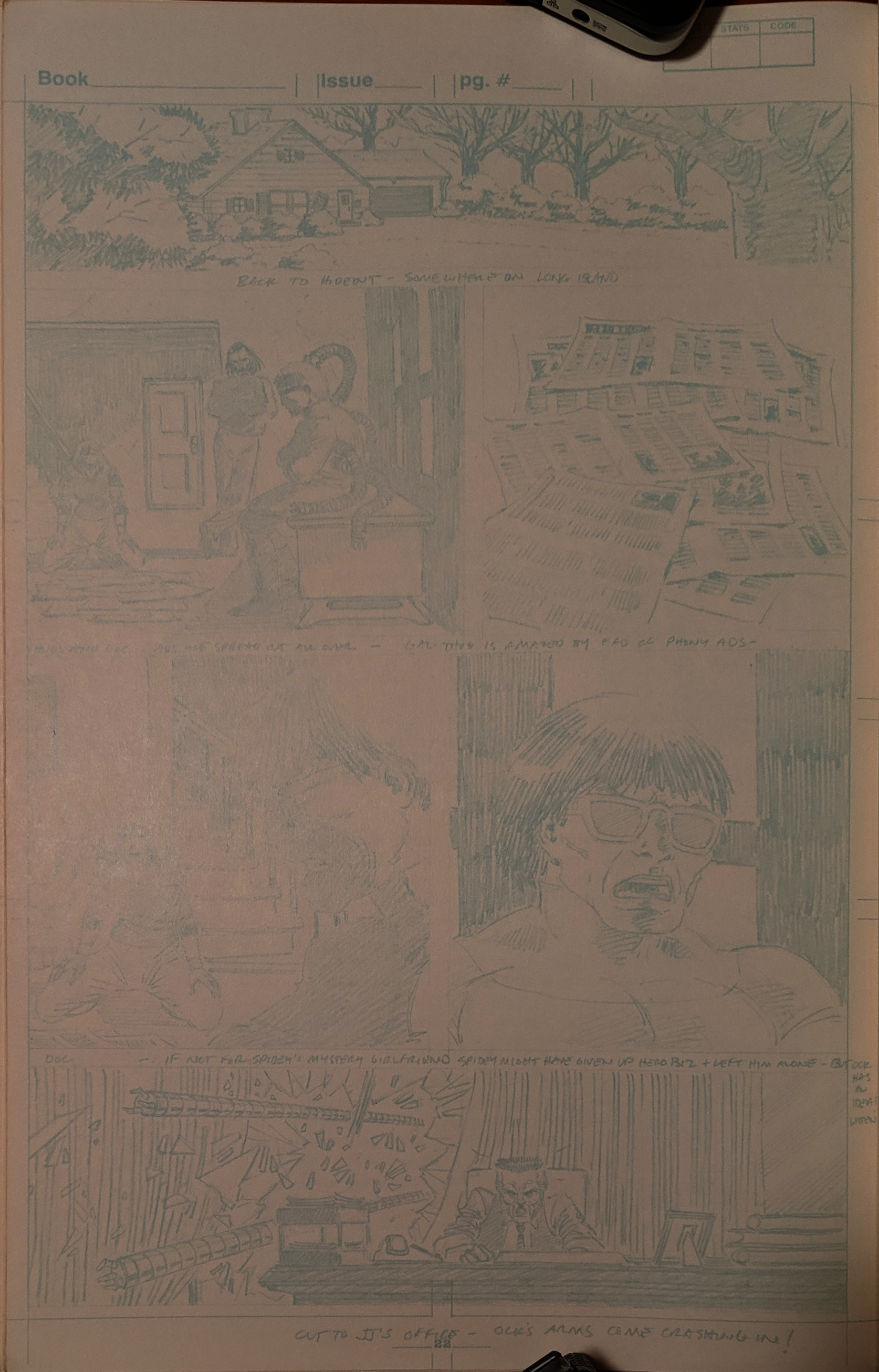 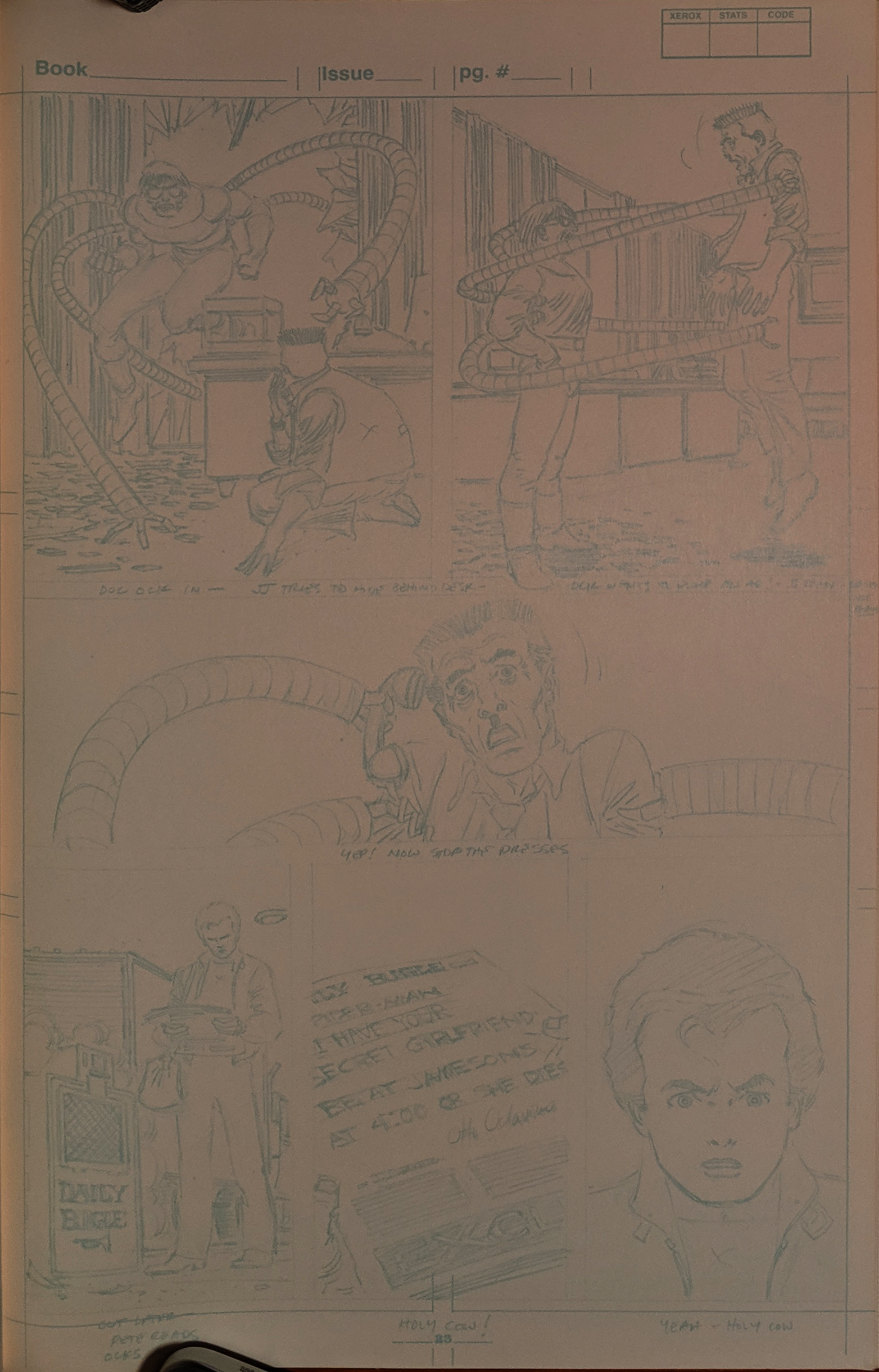