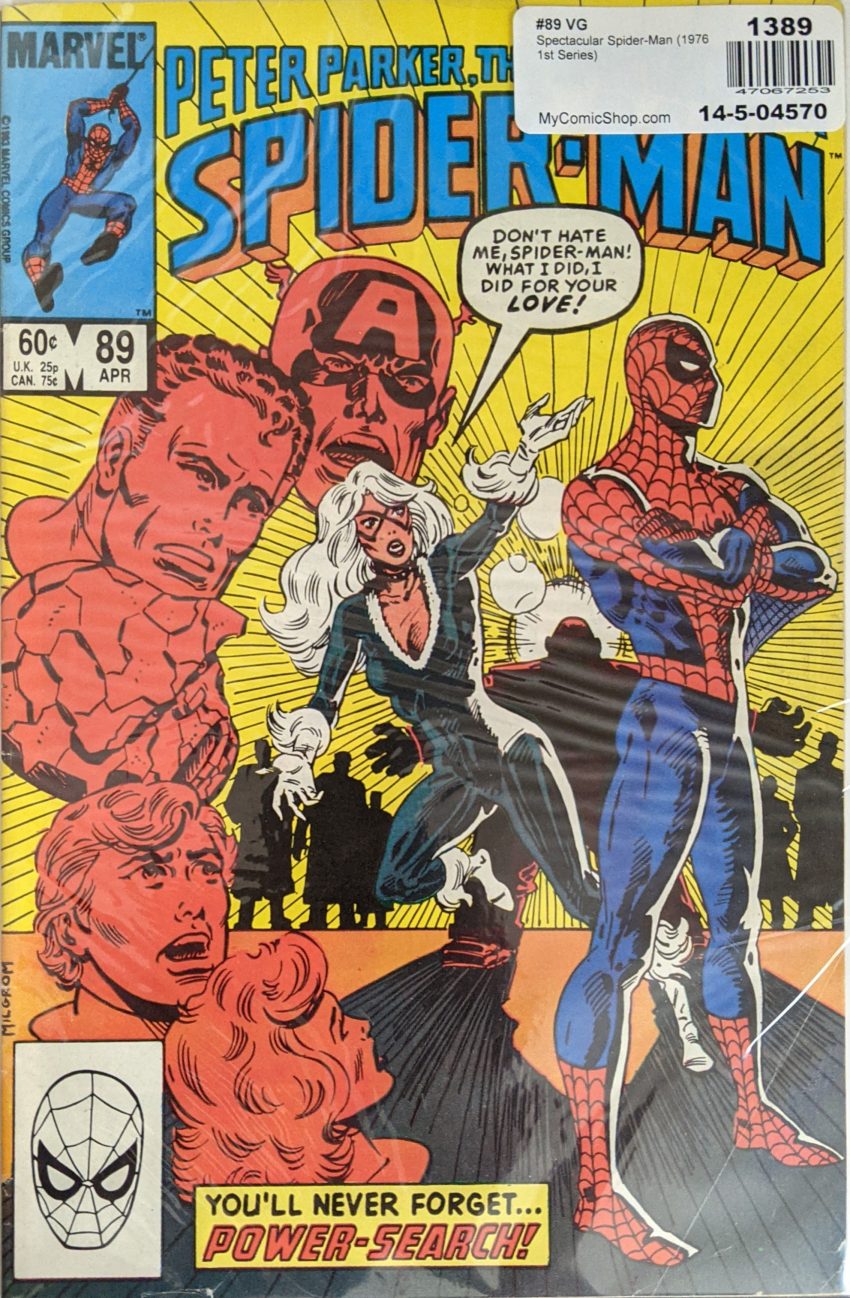 Here goes everything. Glynis Oliver tags in on colors this month. The issue starts with one of Kingpin’s underlings recapping how Kingpin gave Spider-Man information to stop Doc Ock, and then Spider-Man saved Kingpin from Cloak & Dagger, and therefore, they can assume all debts are paid. The underling suggests that Kingpin should begin training a new assassin to protect him from Spider-Man. That feels like a reach. It’s not like Spider-Man is the Punisher. But, Fisk agrees, and says he’s already working on it. Of course, we’re seen where all this goes. This whole issue is just gonna be setting up stuff we saw way back in block 7. But that’s just how it goes. We then cut to Black Cat, out on her own, mulling her situation.

Meanwhile, we check in with our hero, back in his apartment, bandaging himself up after last month’s fracas. He wonders why Cat ran off after last issue, but thinks he was too beat up to chase her.

Last issue showed pretty definitively that courage alone will get you exactly nowhere in a fight with someone like Mr. Hyde, but they’re clearly trying to make this look like a debate. Peter’s reverie is interrupted by a knock at the door. He realizes he’s still in his Spider-Pants, and considers just abandoning his secret identity since Cat loves Spider-Man (!), but puts on a robe, anyway, to answer the door for Joe Robertson. Robbie is concerned because they’ve not seen Peter at work in awhile.

Good ol’ Robbie. Peter resolves to go find Black Cat and tell her he can’t live without her. But she’s begun the hunt for superpowers, stopping first at the former Stark International, recently taken over by the villain Obidiah Stane. She was hoping Tony Stark could make her super, but he’s gone for now. Rather preposterously, she tries calling Hank Pym and The Fantastic Four, but they don’t answer. Just power shopping. So she decides to try The Avengers.

Next, she sneaks into TheBaxter Building behind the Human Torch as he arrives home, which is certainly not a great plan, as she’s instantly caught and corralled by the FF.

(Johnny’s referring to Frankie Raye, briefly seen in MTU 137). All valid points, all ignored. Having struck out with the superhero set, Cat decides to look into the other side of the street. She drops in a procession of underworld figures she knew in her time as a cat burglar, but finds nothing with them, either. Then a mysterious car pulls up alongside her on the street and its hidden occupant says he can help, telling her to meet him at mad scientist Harlan Stillwell’s old lab. That’d be the guy who died for helping JJJ accidentally create The Fly in ASM Annual 10.

Felicia Hardy is not too bright.

Kingpin explains that he owns her, and while he’ll never ask her to hurt Spider-Man, he will ask for something. As she leaves, he recalls how she stole from him during the Doc Ock/Owl war back in TAC 74, and thinks that now he can use her to get revenge on Spider-Man. This is all so awkward. She clearly had bad luck powers in her first appearances. Then they explained them away only to immediately give them back so they could create this bad bargain for her. It’s so convoluted. Why not just let her keep her existing powers and then make the shocking revelation that she owes Kingpin a favor from the old days and he’s come to collect? Simple, clean, same result. And we’ve already seen how, instead of creating any real drama in the title, this just leads to almost a year of Spider-Man asking where her powers came from and her not telling him, over and over, a holding pattern. Not much gained. But, it’s done, and speaking of Spider-Man, his danger sense has led him to Central Park.

Now we’ve seen Spidey go into The Beyonder’s thingie in 2 titles, although years apart on the blog. All that’s left is the main event: The final issues of Roger Stern & Romita, Jr.’s ASM.