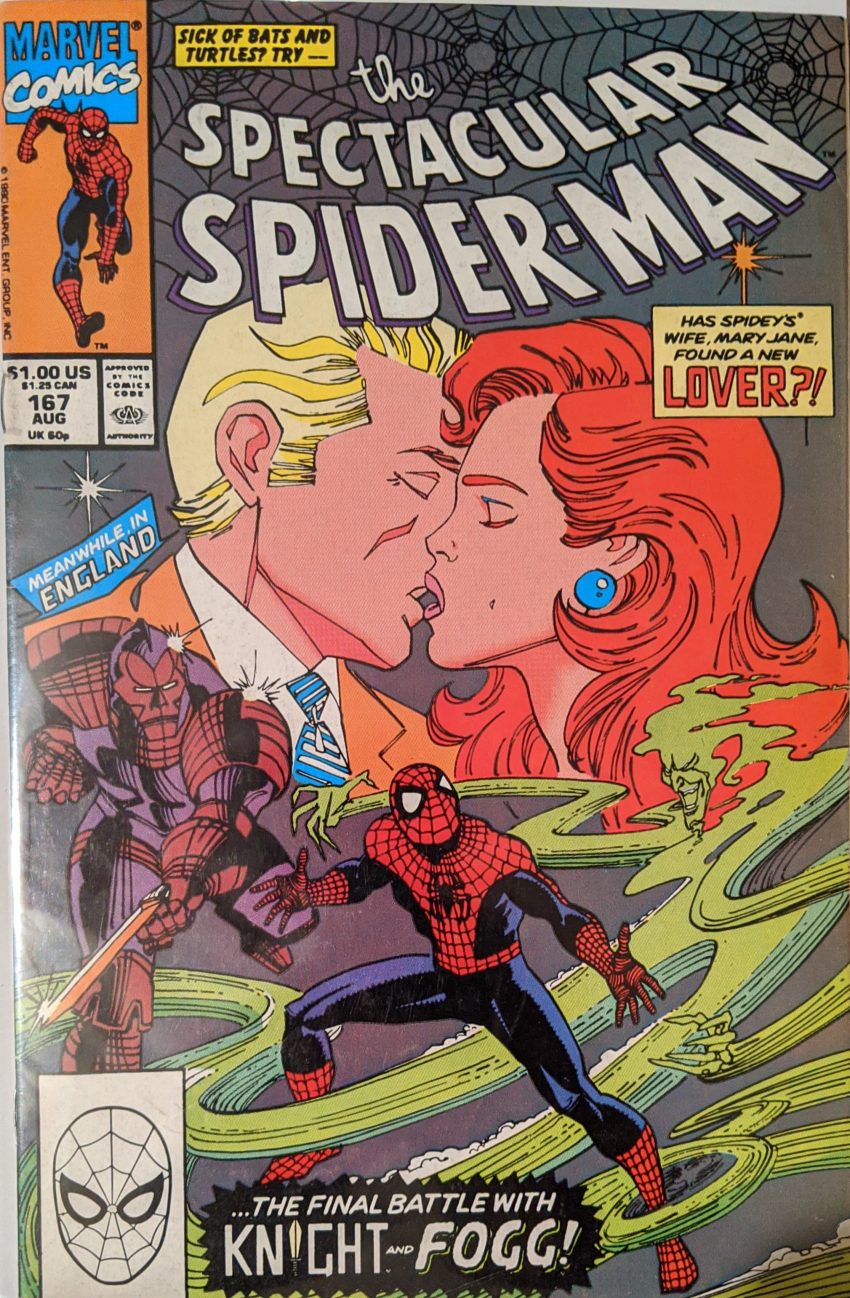 Signs point to “no.” It also reads funny to me the try to generate interest with an MJ plot on the cover while also feeling like they have to name Spider-Man’s wife or you might not know who that is. Anyway, this is what we’re doing today:

Is the driver in on it or what? Hey, nothing about this issue is enjoyable in the slightest! This is as wildly unappealing as any single issue has gotten since Marv Wolfman left ASM, and it’s page 3. Ugh, let’s get on with it. Elsewhere in New York, Thomas Fireheart is threatening to fire The Daily Bugle’s London correspondent if he doesn’t find out what happened to Spider-Man (Subtle!), then switches to Puma to go meet with The Kingpin. It’s been quite a while since Puma’s job as an assassin for hire played a role in anything, but Kingpin is looking for someone to get rid of Chameleon and Hammerhead for him, and Puma is intrigued. Meanwhile, in Liverpool, where is is once again night at the same time it’s night in New York somehow, The Amnesiac Spider-Man is having a round with ihs new buddies, and their buddies, Fogg’s dad and Knight’s brother, when those 2 walk in.

Fogg is onto Peter immediately, making him more observant and astute that basically anyone in the supporting cast has ever been, and he decides to go kill him. There’s some soap opera romance stuff between Knight and Fogg’s sister as if we care, and then…

Hitting the pavement just as Knight rolls up on him helps Peter remember who he is, and lo, ’tis fightin’ time. Spidey tackles Knight into a wall, which somehow knocks him right now? That sure was easy. He reverts to normal as Fogg’s dad & sister arrive to see Spidey over the unconscious form of their guy. Then Fogg comes back, and Spidey bolts. Knight, the sister and the dad go to see his brother, and he’s dead. Fogg obviously killed him to provoke Knight, but they all think Spidey did it, of course. Knight turns back into Knight and storms off to kill our man. Nearby, Spidey manages to hit Fogg with a powerline, zapping him unconscious, right before Knight arrives accusing him of murder.

They get ready to mix it up, but Spidey just hits them both with his handy downed powerline, because we’re out of pages.

Fffffffart sound. This subplot is horrendous. I’m kinda glad I never saw it before. Next up, a few issues of Web before we get to that big 6-part Sinister Six story over in ASM.