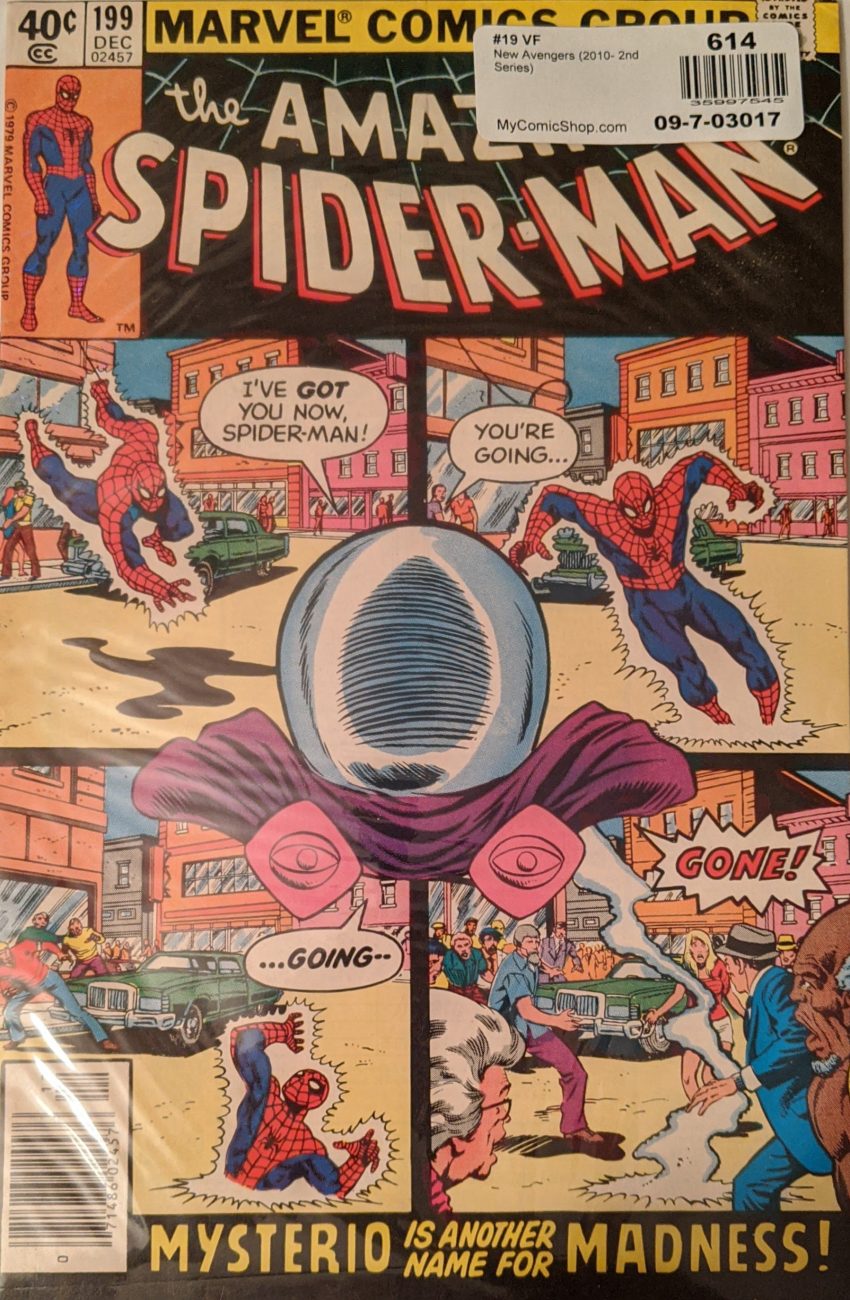 ‘Twas the night before Christmas, and all through the house, not a creature was stirring, for fear of being caught and forced to read a Mysterio comic. Alright. As this especially silly issue begins, Spider-Man is drowning in that pool, and Mysterio is lovin’ it.

The Burglar kicks an old mirror, creating glass shards he can use to escape. But we cut from him to Spider-Man, still drowning. He loses the will to live, and then he finds it again, and then he pulls the huge cartoon bathtub drain you’d find at the bottom of any pool, and then he passes out.

Ugh. Then what was Mysterio’s plan? Why bother? He lefting him drowning to death in NOTHING? What… Ugh, this is lame. Spider-Man frees himself easily and realizes he hasn’t slept in a long time and goes home. He sleeps a full 24 hours, and finds his arm completely healed due to his accelerated healing abilities, which not something people pull out too often with Spidey, now I think about it, but has definitely been a thing. Then he decides to make some food since he hasn’t eaten in 72 hours, and that’s when Marv Wolfman’s signature Greek Chorus of all his friends shows up. Harry, Liz, Flash and Sha Shan. There’s some business about hiding his Spider-suit, they all apologize for being mean to each other.

Harry’s “Oh my stars!” hand-on the-face thing is killing me there. Yes, the dumb dumbs all suddenly realized Pete was trying to stop Betty from throwing her marriage away when he was mean to her. Good job, gang. Peter goes to Aunt May’s house to try to figure out why it was ransacked only to run into Mysterio again. He keeps on falling for increasingly stupid illusions as Mysterio says he’s done trying to find the treasure allegedly buried here and just wants to leave, until…

Mysterio has killed Spider-Man at the end of a 2nd issue in a row! All this illusion stuff has been wildly unsatisfying. Spider-Man comes off extremely stupid. “Is that a real tiger in the basement of this nursing home???” What do you think, idiot? And yet, “There’s no way that’s a real gun!” Ah, well. I think we’re done with Mysterio for awhile, if I remember right.  Get ready for a super-sized 200th issue extravaganza!