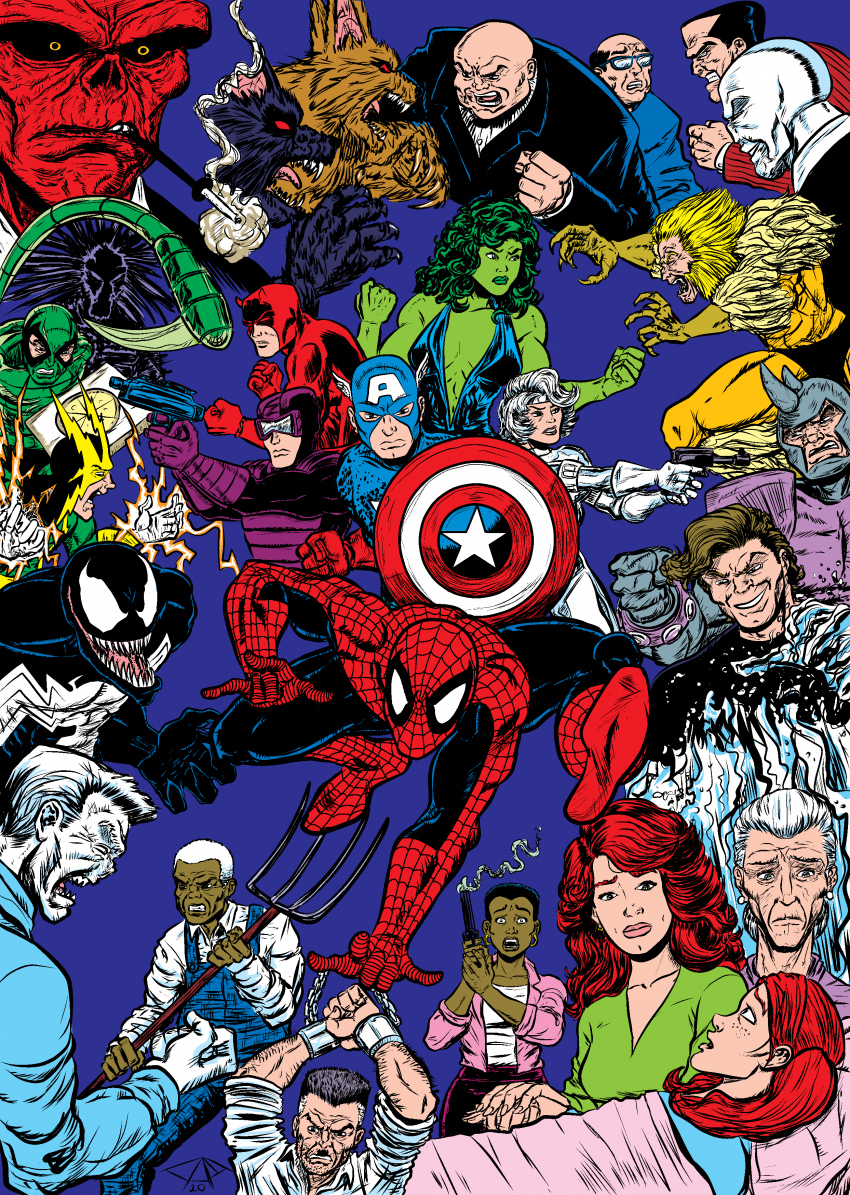 This one represents my most serious attempt to ape McFarlane’s general style, but also Alex Saviuk on the mobster stuff and John Romita, Jr. on the Daredevil. Trying to mimic the various eras is an interesting challenge, and this one ties up the period where I really started reading comics monthly, so it’s really ingrained on my brain. Fun to revisit this one in particular. I just realized I forgot to draw Blacklash. Whoops!