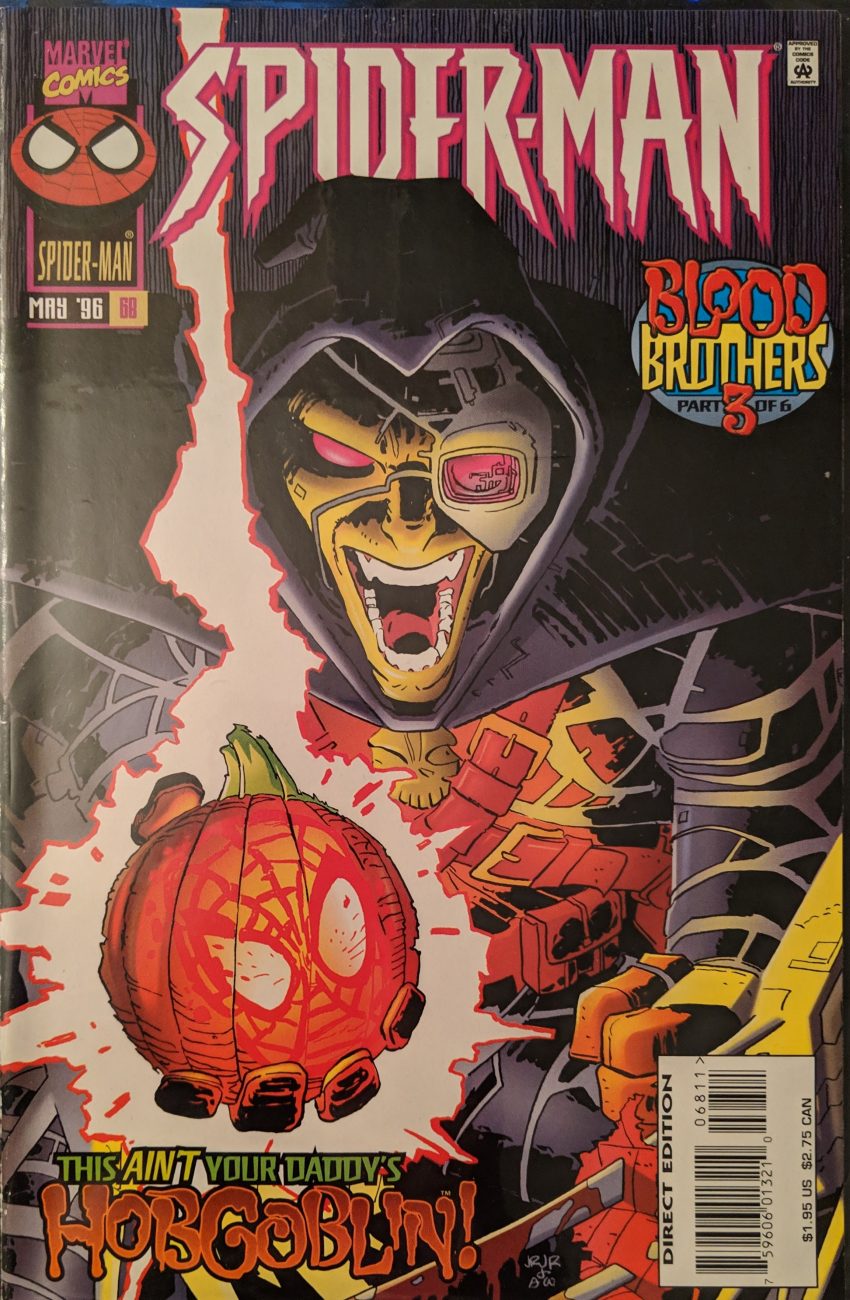 My daddy didn’t have a Hobgoblin, sirs, my daddy would’ve had a Green Goblin. But I don’t think he actually read comics. He never mentioned them, at least. As the Adjectiveless Spider-Man team picks things up, Spidey is surveying the wreckage of the coffee shop. Two cops are once again questioning his boss, Shirley, and all-but saying outright that he did this. Shirley doesn’t want to believe it, but they’re pretty firm.

Elsewhere, Peter Parker is kinda freaking out, demanding MJ go back to Portland, worried they could be attacked again.

That’s why MJ is the best. Across town, as Jessica Carradine heads home wondering what to do about her boyfriend who is also the superhero she’s hated her whole life, she finds he’s done some lite breaking & entering…

Look his hands in the top panel. I am never going to stop gushing about John Romita, Jr., so you might as well get used to it. On the other hand, it’s weird how artists will randomly make a superhero’s mask attached to their suit for a scene like this. As they argue about what kind of person her dad really was, Ben tells Jessica to stay out of his life and departs. He thinks the only person left he really trusts is Seward Trainer (Bad choice!), but he’s still missing. He says he put a tracer on the crates in his lab that “Should lead me right to him,” though I don’t think I agree, but first he drops by Pete & MJ’s hotel to say he’s going to prove his buddy is cool. The sight of Peter’s beaten face doesn’t deter him at all. Then he goes to an unidentified place and finds the crate he tagged, with a note that reads “You were warned” pinned to it, which I don’t think is supposed to be funny, but is. Then he’s attacked by the jobbers from last issue, who apparently go by “Cell-12” as a group. Why the hyphen?

Spidey makes quick work of these losers, and I am happy to see it. He rips tail guy’s tail off in two panels, tail guy not even shown in the process, it’s light work. Soon it’s just him & “Bramer.” and as he’s taking down that guy, a pumpkin bomb flies into frame, and The Hobgoblin says Spidey’s taken down his hand-picked mercenary team.

This suit is… a significant downgrade… for his look. I don’t know who’s to blame for this one. Looks like it’s probably John in his full 90s mode, and since he designed the original, I guess no one else has more claim to change it, but… Not a fan. At any rate Ben, having no idea who The Hobgoblin is (I don’t think he’s appeared since the last time we saw him) puts him at a real disadvantage as all Hobby’s advanced weaponry comes into play.

Oof. Soon, Peter & Mary Jane wake up to a noise and find Spider-Man bleeding all over their carpet, and it’s To Be Continued…