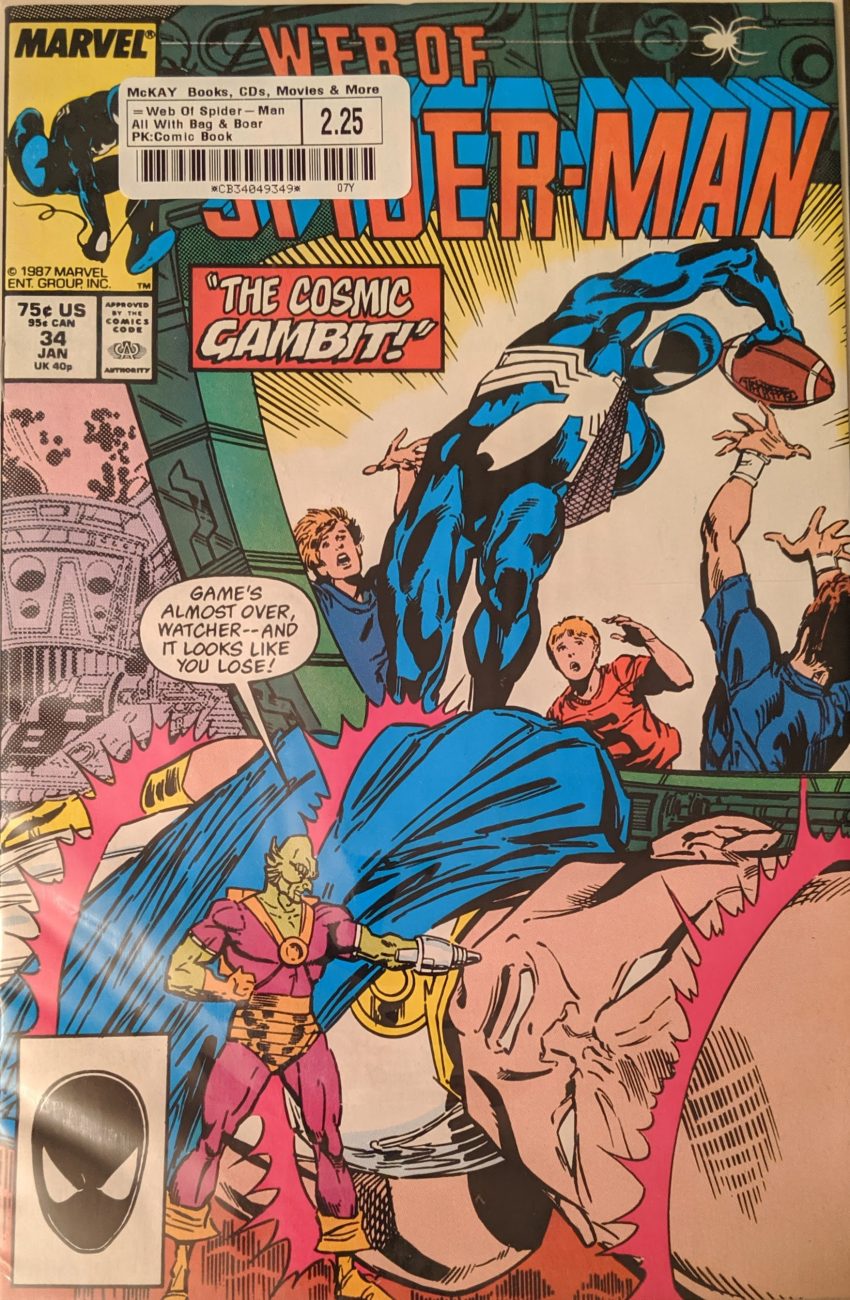 Safe to say… this is gonna be a weird one. It’s written by Jim Shooter, which is super weird off the rip. At this time, Jim has JUST been forced out as Editor-in-Chief. Shooter has been seen as a controversial figure, but you’d have to have an agenda not to see that he really transformed Marvel. Before he came along, books shipped late routinely, the biggest writers were allowed to be their own editors with no oversight, and Marvel Comics were generally kinda terrible. Shooter instituted new editorial policies, got the trains running on time, and also fought for royalties for his creatives. Under his tenure, Marvel came roaring back. Most of their books experienced a creative Renaissance. He presided over Stern/Romita ASM, Simonson Thor, Byrne FF, Layton/Michelinie Iron Man, so many all-time classic runs, the X-Men’s skyrocket to being the most successful property in comics, among many other things. He tried crazy ideas to get new talent into the field. He launched the Epic line to give creators a place to do their own thing, and own it.  It was a golden age. But he was also very exacting and demanding, causing a lot of friction with top talent, and his “New Universe” initiative was hated internally, and eventually, he was ousted for Tom DeFalco. And you’d think… I would think… that at that point, Marvel would want him gone, and he would want to be gone. And yet… here he is. And he’s accompanied by the TAC art team of Sal Busceam, Vince Colletta, and Janet Jackson (Not that Janet Jackson). That, too, is weird. It’s all weird everything as Spidey is watching some kids play a makeshift game of football in an alley.

Truck? Gerbil? Oooohkay. But if that seems odd, the very next page is far odder.

This guy appears to be of an alien race that appeared in previous issues of WEB, which I have, but haven’t read yet. He binds The Watcher in energy bands and waves a gun-hand at him, just like on the cover, crowing about how he’s accomplished an incredible feat. Back on Earth, Spidey decides to get in on the weirdly mismatched dynamic in the kids’ football game.

So, this is happening. But with Spidey hamstrung and his teammates kinda crap at this, he’s not immediately able to help the kids out, and they keep on losing to… to “Truck.” Back on the moon, the little bigheaded weirdo, Grunz, has to pay the big green guy, A’sai, “eight million credit units” for losing this bet. He’s still stunned, and wants to know how A’sai did it.

You can see where this is going. The Watcher swears not to do anything if A’sai lets him loose to find them something to bet on, and so he does, and soon enough, you guessed it, they are going to bet on Spider-Man’s pick up children’s football game. A’sai, of course, is rooting for the bad guys.

Spidey scores his team’s first touchdown, but it’s the 4th quarter, and they have to go home for dinner soon, so the kids aren’t terribly uplifted. Spidey gives a big speech about playing their best, and they get back into it, and  they score again. The kids start working better as a team, the score starts running up, it’s about what you’d expect. Eventually, it’s 56-45, with 1 minute left.

Boy, this is weird. Spidey forces a fumble and gets his team control back. Gerbil suggests they throw to him, as the other team would never expect it. And it works, but he’s just short of the goal line.

The Watcher has teleported the evil machine to “the heart of a star,” apparently able to do so the whole time, and now says he has to punish A’sai for trying to welch on their bet. A’sai asks for mercy, and Watcher says he’ll have it. And then we go to a casino in Las Vegas…

That was one of the weirdest comics we’ve seen here to date. Goodness. I wonder if this was Shooter’s final published Marvel work? That would be kinda sad. Shooter was a prodigy, getting his first writing job at DC at only 13! He was a solid artist, too. After being forced out of Marvel, he went on to helm Valiant Comics, a new upstart publisher that proved extremely successful, seen as the writer-focused rival to Image’s artist-focused company. The Valiant properties are still going today. But then he got forced out of that, too, and founded a new company called Defiant that did pretty well for awhile, but didn’t reach the heights of Valiant. He’s had quite a career.