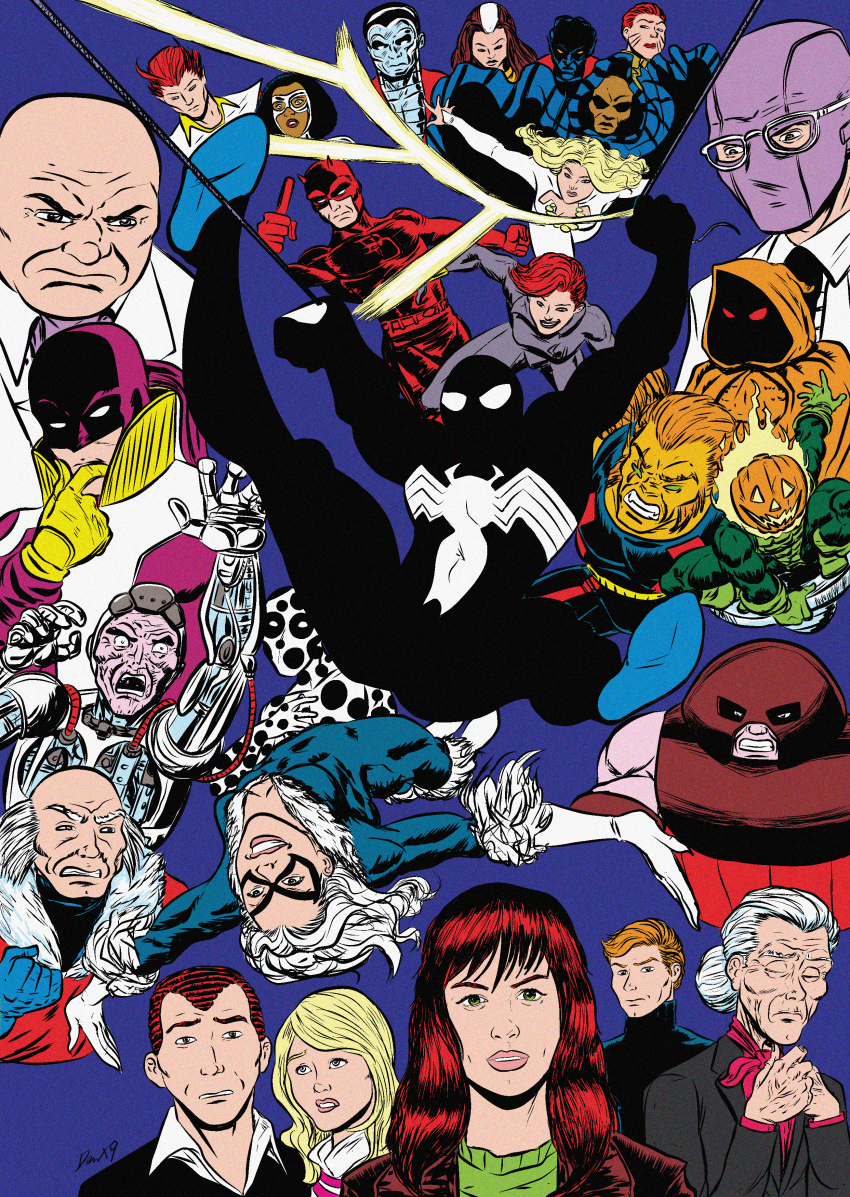 I think this was the longest set I’ve posted, and may retain that title. So much happened! The introductions of The Rose and The Puma. The entire brief career of Kingpin’s enforcer The Answer. The stupid origin of The Spot. The tumultuous end to Spidey’s relationship with Black Cat. Peter breaks Aunt May’s heart by dropping out of college. MJ confesses she knows his secret. Flash Thompson is hiding something. And so on! Plus: I refuse to draw the stupid mullet Ron Frenz gave MJ, but still make some 80s concessions on the hair, and nick a Spidey pose from Rick Leonardi in ASM 253.