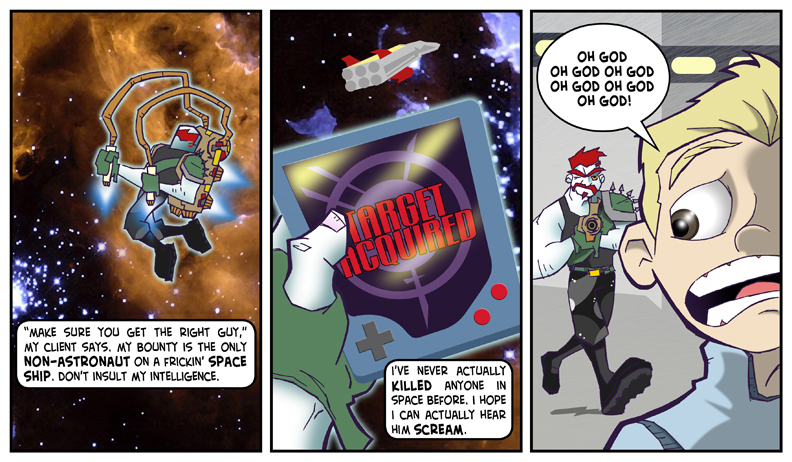 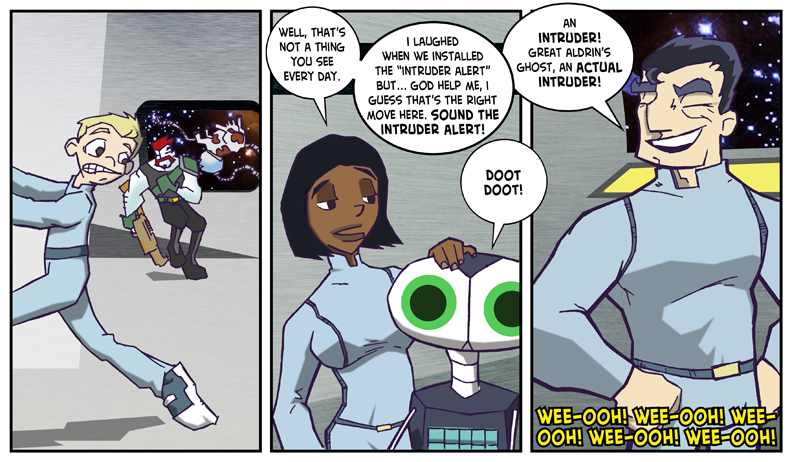 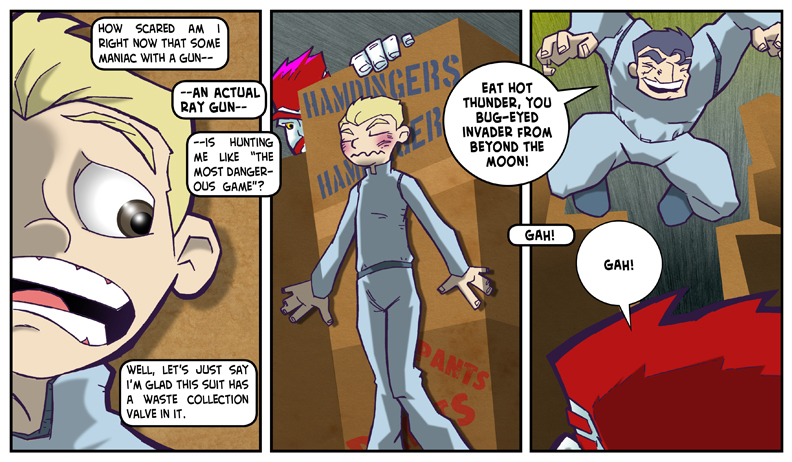 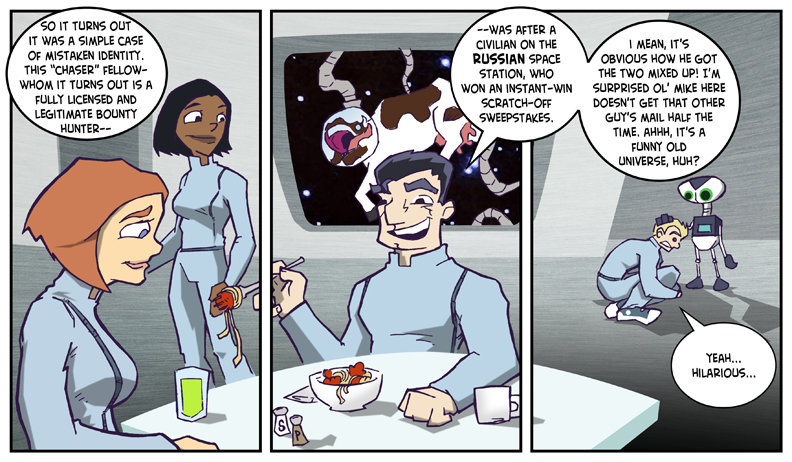 Ron “AAlgar” Watt is a failed novelist, a failed webcomics artist and a failed filmmaker. He has, somehow, enjoyed modest success at fake radio hosting, however. His weekly podcasts, Sarcastic Voyage and The Post Atomic Horror, can be found, along with all that other stuff, at the modestly named www.aalgar.com.

When mutilated muppet corpses begin washing up on the pristine shores of Birmingham, Alabama; it’s up to Chris Fason, a mischievous traveling encyclopedia salesman and part-time cattle rustler to solve the mystery. With the aid of a saquatch pirate and a worn copy of “Tobin’s Spirit Guide”, they uncover a surreptitious time travel plot to assassinate President Robert F. Kennedy. Will they be able to foil this dastardly plan or will Professor Pancreas succeed in changing America’s national sport to hockey? Chris Fason is the artist and co-creator of “Hero Happy Hour” and apparently has way too much time on his hands. Find Chris on Facebook, DeviantArt, and check out the Hero Happy Hour webcomic.