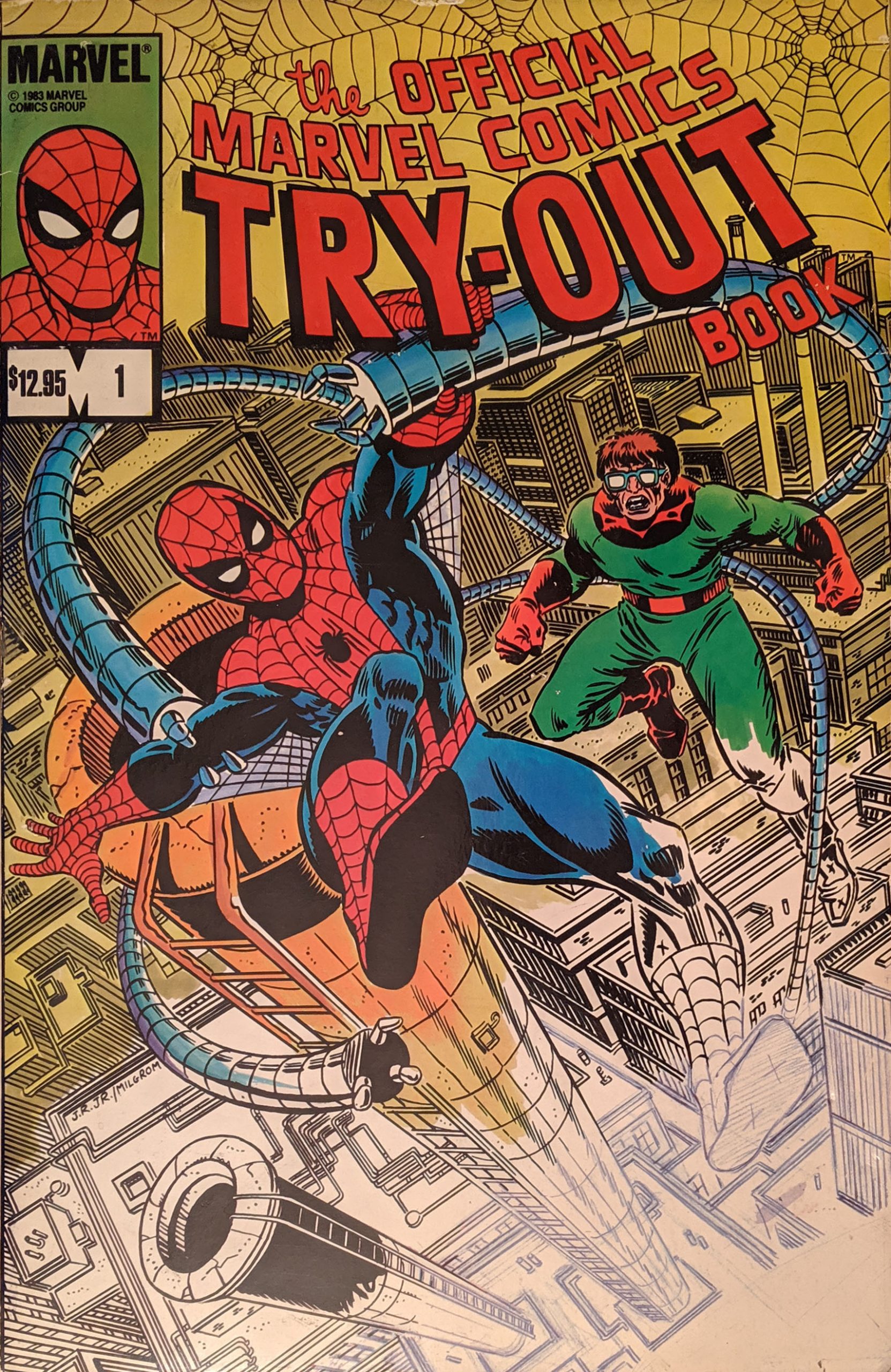 Probably not the next thing you expected to see on this site! In 2018 & 2019, I was on a Spider-Man comic collecting kick. Trying to fill in my collection of old stuff, trying to find all kinds of obscure things. This book has always been a fascination for me, so the Spidey binge seemed like a good time to snag a copy.

The Official Marvel Comics Try-Out Book is the stuff of comics legend. Back in the 80s, Marvel Editor-in-Chief Jim Shooter, always trying to find new talent and engage fans, came up with the idea for this book. It would be a Spider-Man comic whose pieces slowly fall away, allowing would be comics creators to try their hand at coloring, inking, lettering, scripting, penciling, and plotting a real Marvel comic. And thus, in 1983, the OMTOB hit the stands. It was printed at art board size, far larger than a regular comic, and on real comic art boards which could be taken out of the book to work on. It begins like a regular Spider-Man comic, but after page 3, there’s no color, and 4 pages after that, it’s raw pencils, and so on, until it’s just blank pages. For each section, a summary of the job is provided, and when needed, the script or plot is also provided. No one had ever given wannabe comic creators a resource like this, and if you had what it takes, maybe this could lead to a job in the business. For some people, that’s just what happened. Most famously, penciler Mark Bagley was discovered using this book. He went on to regular work at Marvel (And sometimes DC) almost immediately, and is still going strong today. He wound up doing Spider-Man comics for most of his career, co-creating the villain Carnage and the revolutionary Ultimate Spider-Man series, all because he took a chance on this book. It’s a really cool story.

I just wanted a copy as a fun artifact at first. But once it was in my house, well… I couldn’t help but think it would be fun to work on. As I was finishing up Closed Galaxy, I decided I wanted to do something totally different next, and this turned out to be it. I decided to finish it. The whole thing. Any unfinished piece of the book, I would do. While I’m sure hundreds of people have completed some part of the book over the last few decades, I bet very few people have completed the whole thing. But now I have! And you can see how I did. Unlike my previous comics here on Comics From Space!, this thing’s already finished. No delays or long gaps between content on this one. So, Monday through Friday, I’m gonna be posting this book until it’s done. Starting with the cover! Late in the process, it occurred to me that if I was going to truly finish the book, well, that cover’s not finished, is it? I’d have to complete the bottom part. So I did. 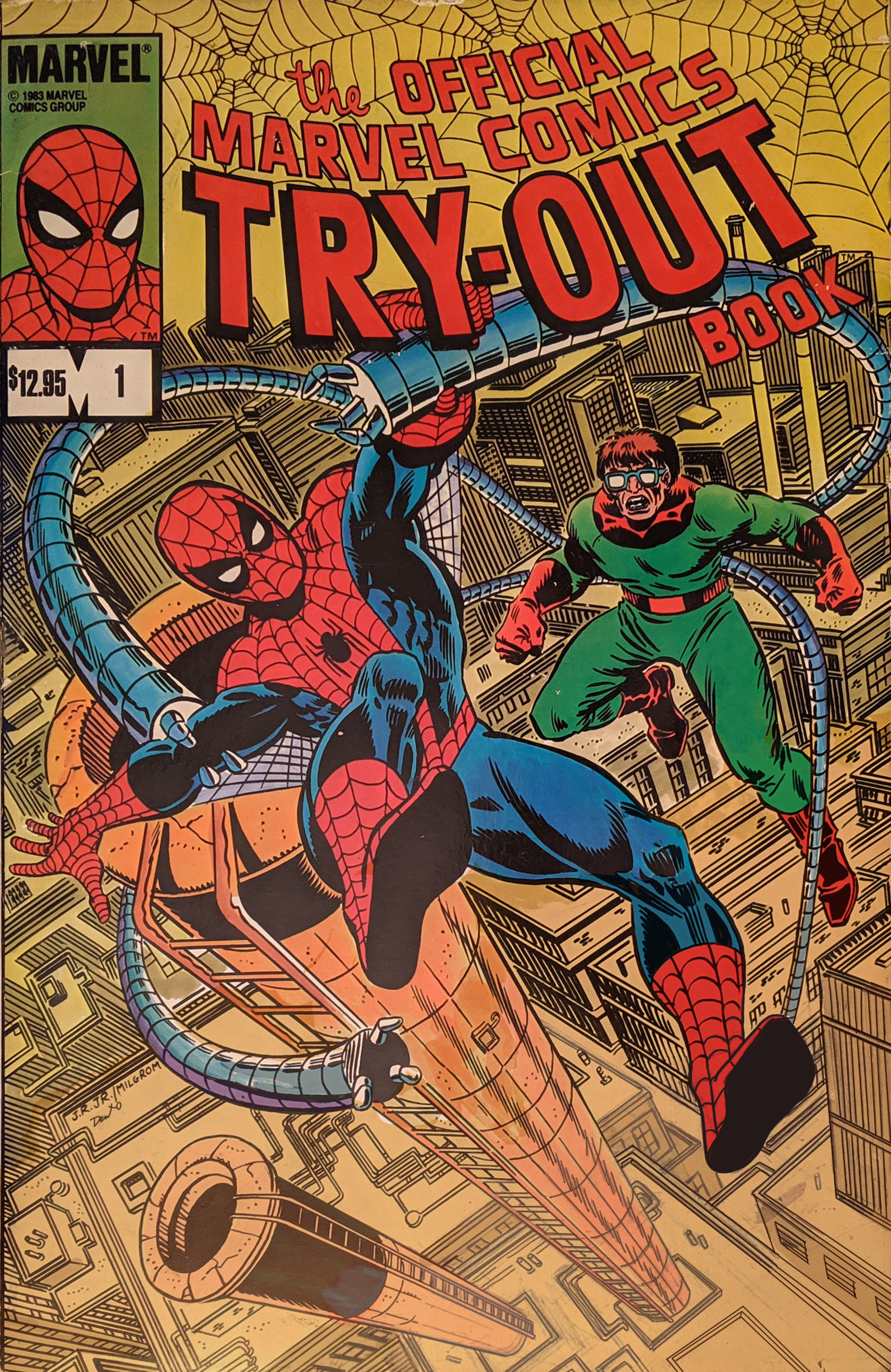 This was a unique challenge compared to the rest of the book, since it was already started. I had to match and blend colors and stuff. This was more of a design project than a comic project, but a really fun one. It then occurred to me that, if this was actually a finished comic, it would’ve been published as an issue of Amazing Spider-Man rather than a try-out book, so I went the extra mile and turned into one: 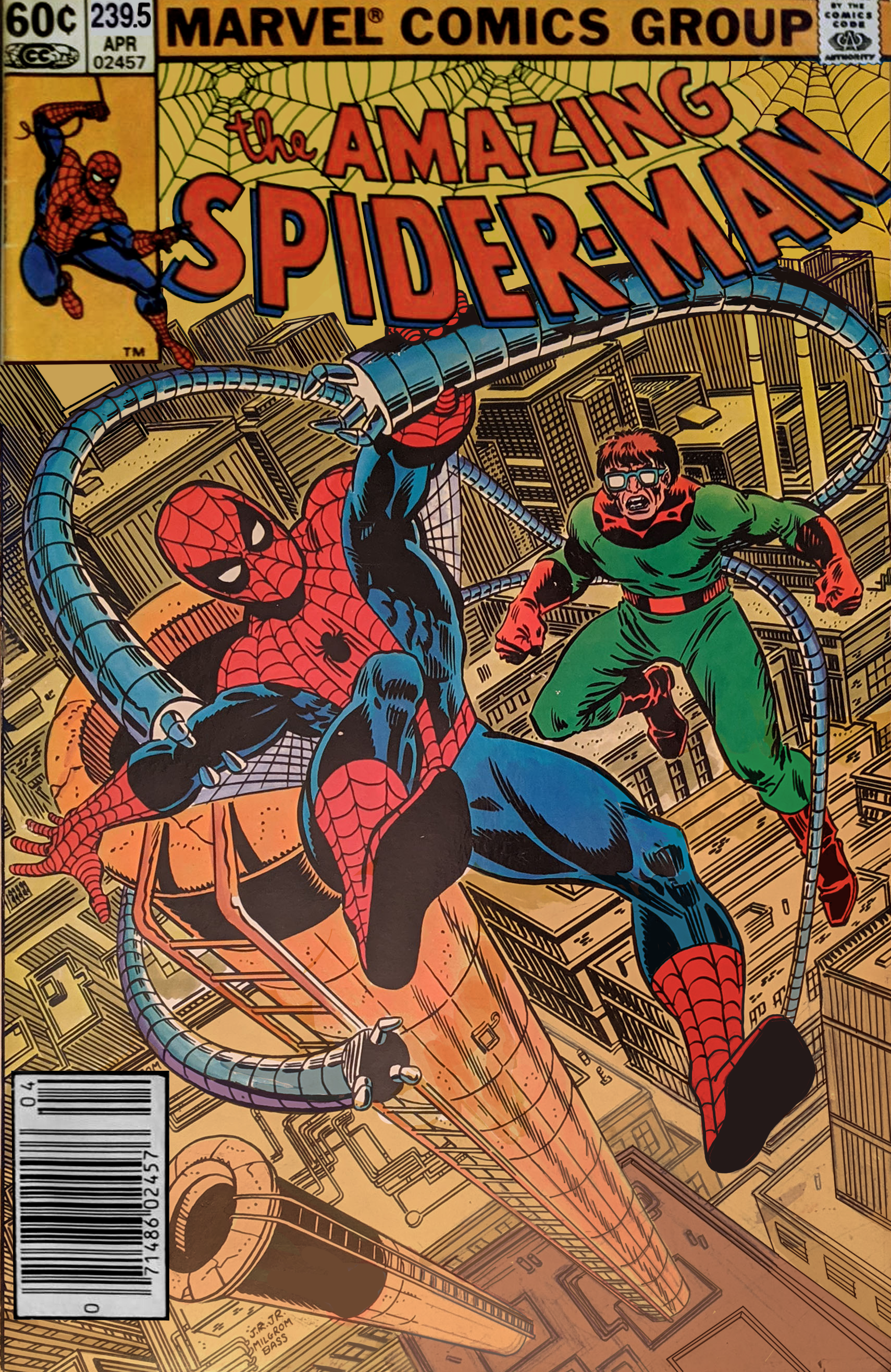