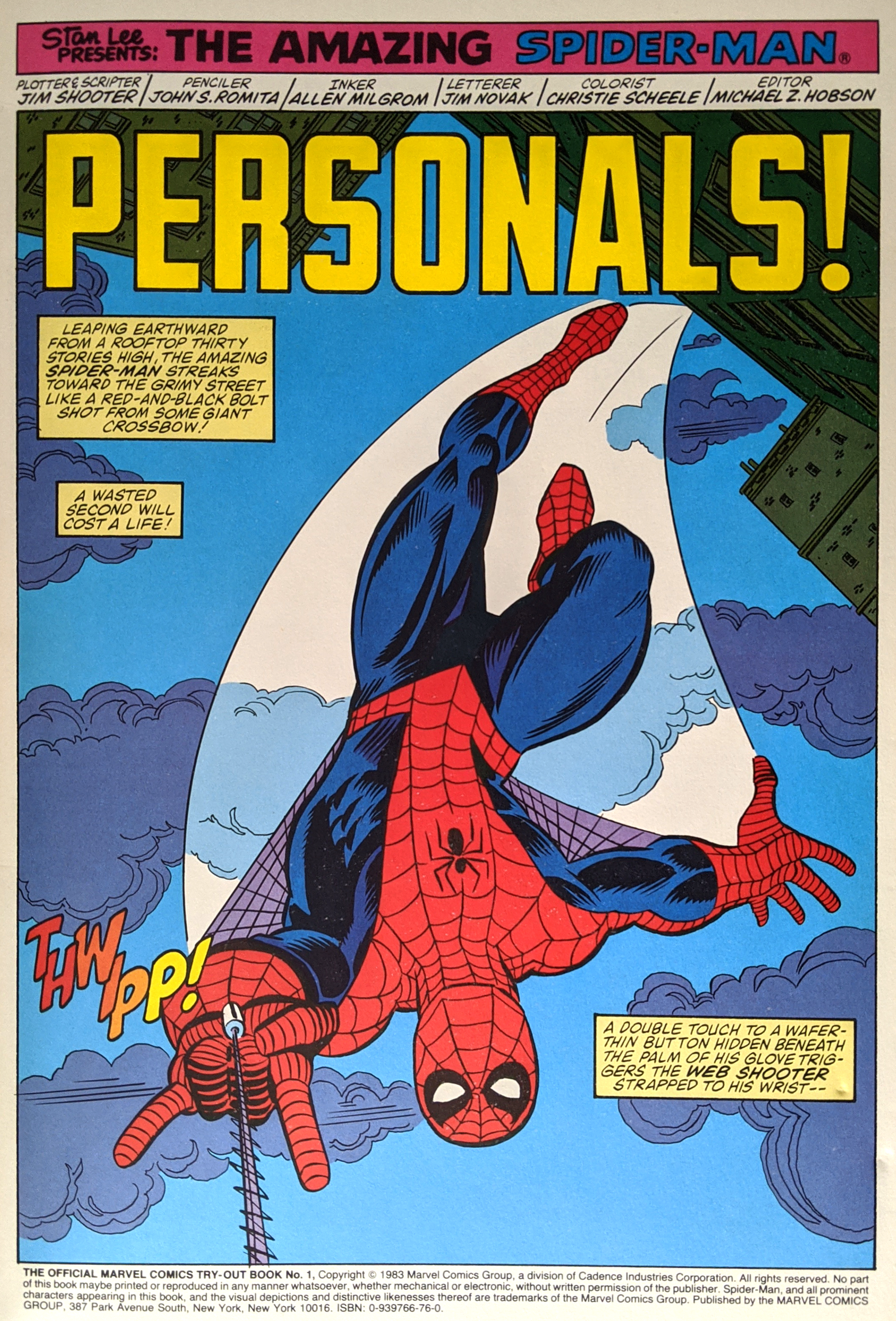 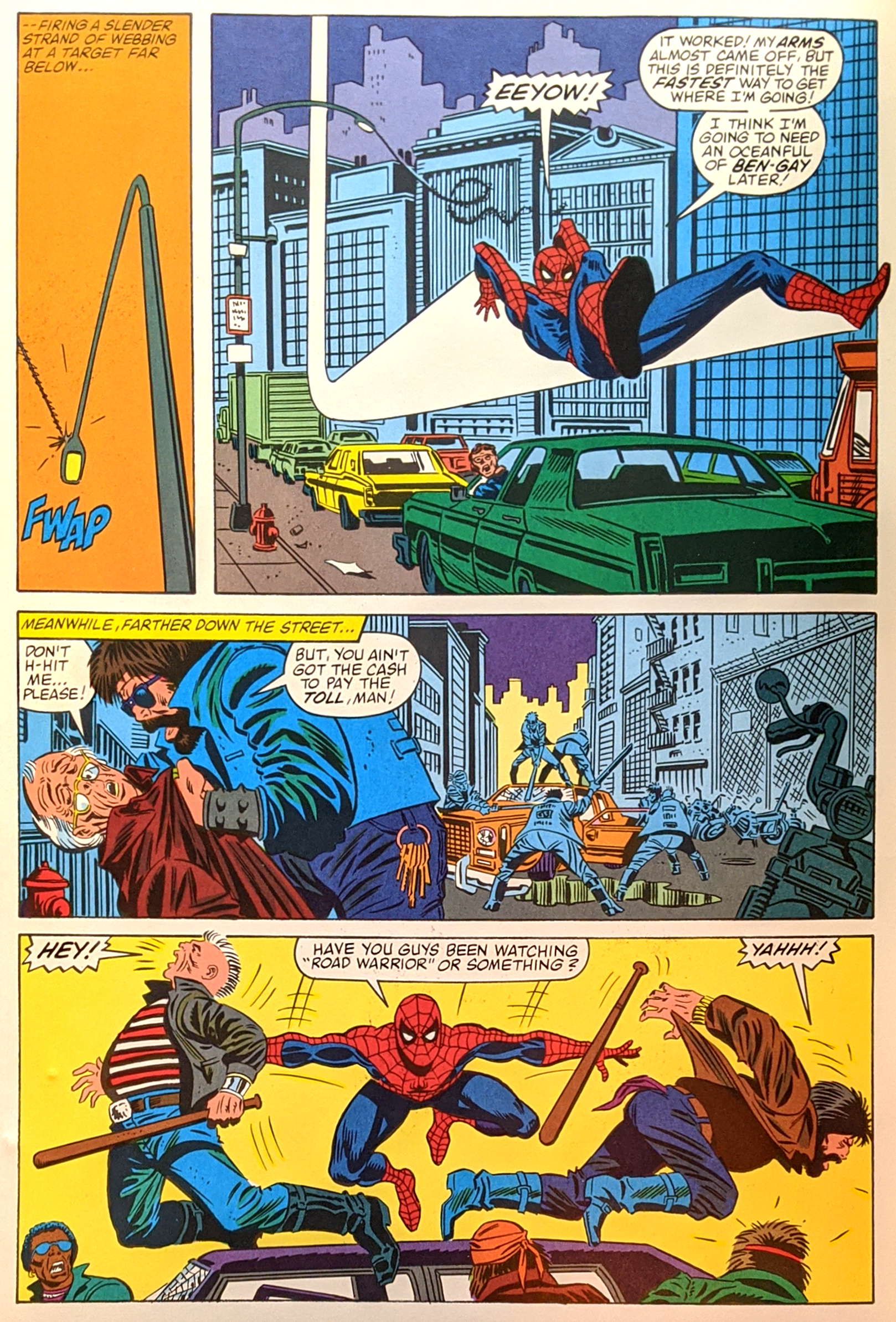 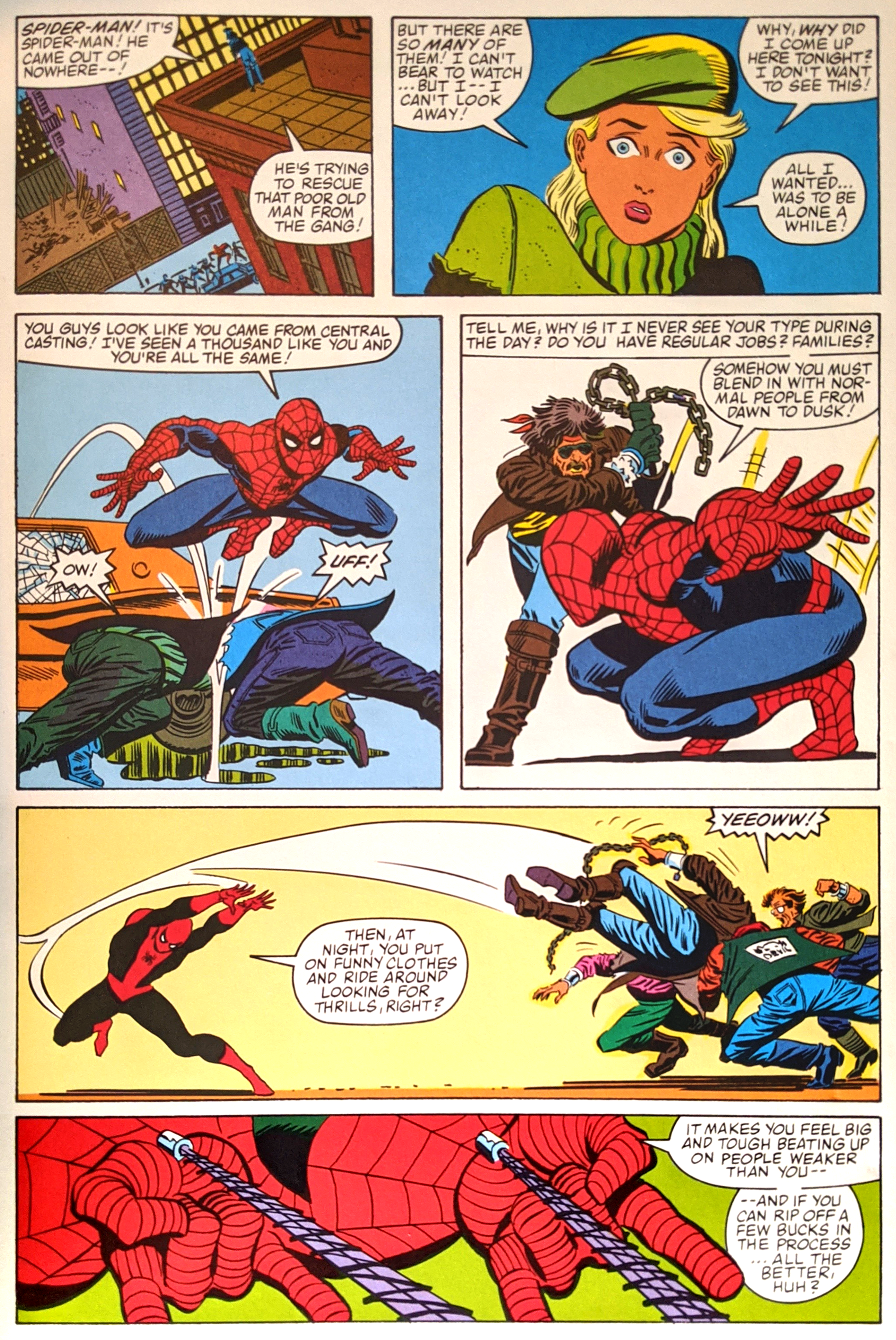 I had nothing to do with today’s post! What a start. The first 3 pages of the book are totally finished to give you a feel for it. As you can see, the story is by Jim Shooter, the art is courtesy penciler John Romita, Jr. & inker Al Milgrom, letters by Jim Novak, colors by Christie Scheele, presided over by editor Michael Z. Hobson.

Jim Shooter was a literal child prodigy in comics, selling his first script to DC at the ripe old age of 14. Yeah, man, what were you doing at 14? He went on to a storied career as a writer, and from the late 70s to the late 80s, he was Editor-in-Chief of Marvel Comics, presiding over a Renaissance for the company. Some of the best comics ever made were made under his watch. As this book shows, he was always open to crazy new ideas. He would go on to run 2 other comic companies, one he founded, and is still writing today.

John Romita, Jr. is one of the best to ever do it, and the prospect of inking some of his pencils in this book was very exciting. But, this is still early in his career. He wouldn’t develop into one of the all-time greats for awhile yet. Here he’s “just” extremely good. Having grown up with one of the 2 best Spider-Man artists of all time for your dad will probably do that.  Believe it or not, he was drawing Amazing Spider-Man and Uncanny X-Men at the same time in 1983 (In 1982, he was drawing both those and Iron Man). JRJR is still going strong today, after memorable runs on almost every major Marvel franchise and then a jump to DC in the 2010s.

Al Milgrom was pretty ubiquitous at Marvel at this time, as writer, editor, penciler and/or inker, depending on the job. Very versatile. He worked all over the Marvel line for decades before leaving the game in the late 90s. He is perhaps not the best fit for Romita as an inker at this time, though, I must say. As we’ll soon see, Romita’s pencils are extremely loose in this period (As you’d maybe expect drawing 48 pages a month), so he had to trust his inker quite a bit. Al’s not doing a terrible job, or anything, I just think a lot of what John was doing is getting lost in the shuffle here.

Christie Scheele was one of Marvel’s most reliable colorists in the 80s, working on tons of their titles, several classics. Color in comics in this period was pretty crude, and getting things to come out right took some pretty complex direction from the colorist to the printer. Scheele could be counted on to produce great pages.

Anyway, we’re off. I’m pushing through the stuff I had little or nothing to do with faster than I plan to post the pages I worked on. Come back tomorrow for the 4 pages I colored.