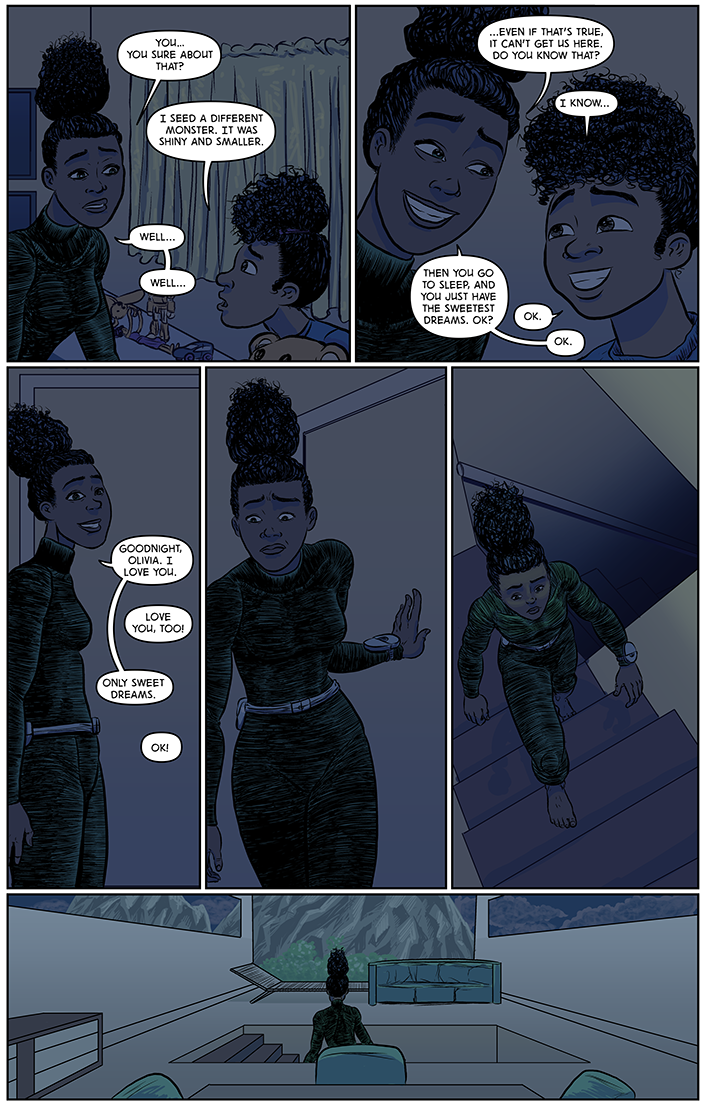 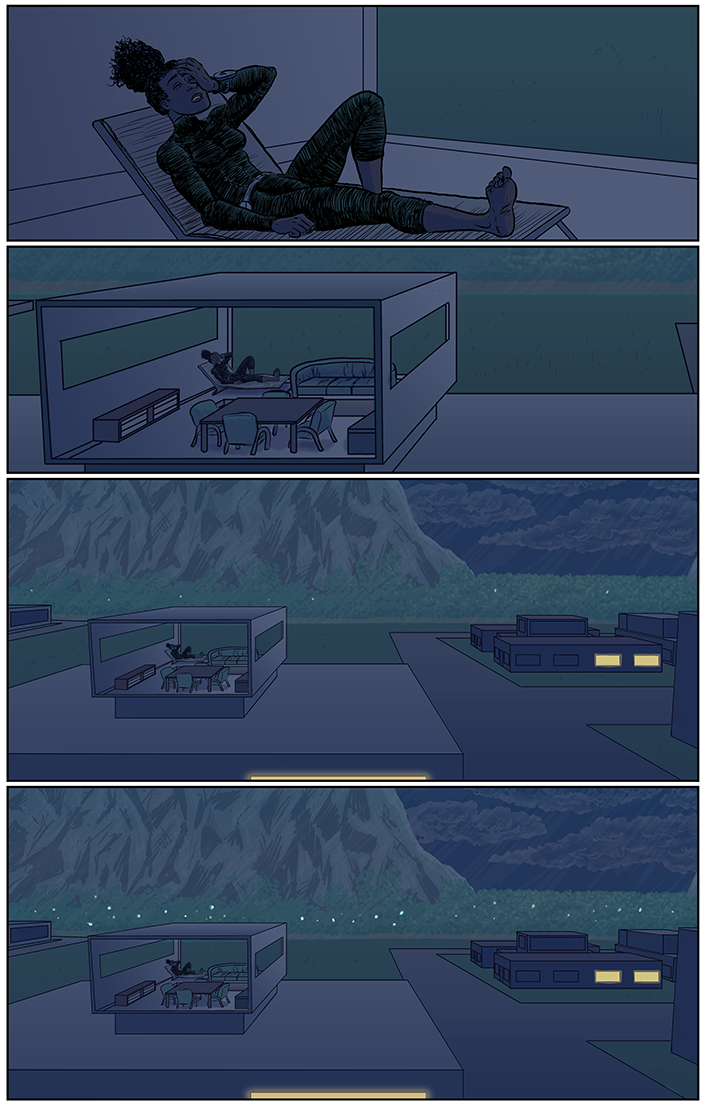 Two pages today! I didn’t feel like this would be satisfying spread over two weeks. And that’s the end! It’s taken me almost a year to get here, which is crushing, I’ll be honest. But hey, I made it. The glacial pace of updating has bothered me for a lot of reasons, but one of them was knowing this bit was coming. I don’t blame you if you don’t remember, but if you go back and look at page 4, whatever startles Olivia in the beginning is definitely putting out a glow. Since I managed to reveal the thing, it’s been frustrating me that it would take so long to reveal that that wasn’t some kind of mistake. Like I changed my mind weeks later or something. A couple of places, she tries to tell them they’re running from the wrong monster, but she gets cut off.  But, I literally couldn’t make this thing any faster, so… what, 10 months later, the truth is out. The End.

So, you and your friends just survived almost being killed by an evil tree monster… what do you do the next day? That’s what we’re gonna find out when Closed Galaxy returns  with a shorter story called “Saturday.” It will run roughly half as long and give us a look into the kids’ normal, non-monster-filled lives, and see how they cope with the ordeal they’ve been through. Should be interesting, right? Maybe? I hope so, ‘cuz that’s what we’re doing.

But not next week. I will be taking a few weeks to get ready for that. I need to do some more design work, some more 3D, and get a rough drawn. I had this whole story roughed before I posted a single page, I haven’t had to worry about that crucial stage in creating a comic in a year (Except for some adjustments as I went, especially in the 2nd half). I have a lot of stuff ready to go, but I have a lot more to do. And, frankly, I’d like a little time off, too. It’s going to be 2 weeks, minimum, probably more, before we get back into it. But, I hope to post some behind-the-scenes stuff on Mondays while I’m not posting comics, so keep checking back for that, if you like. I’ll make social media announcements when the next story is gonna start. Thanks, as always, for reading.