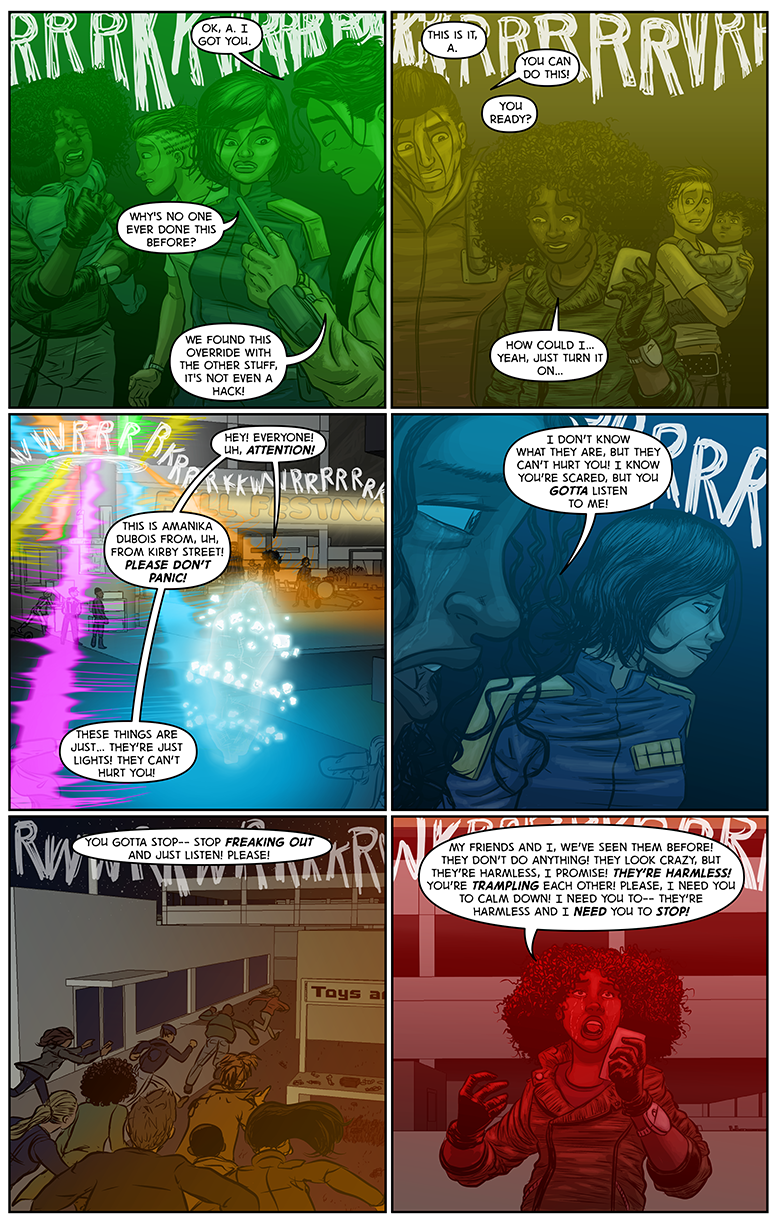 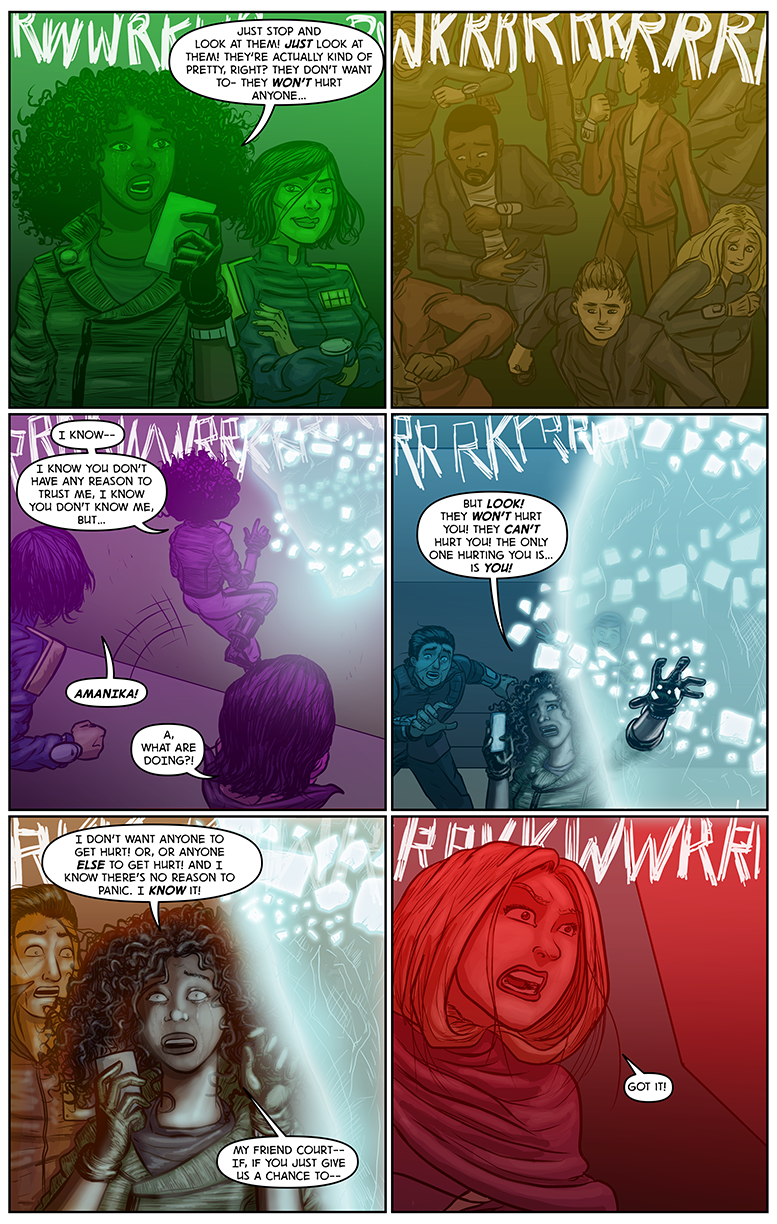 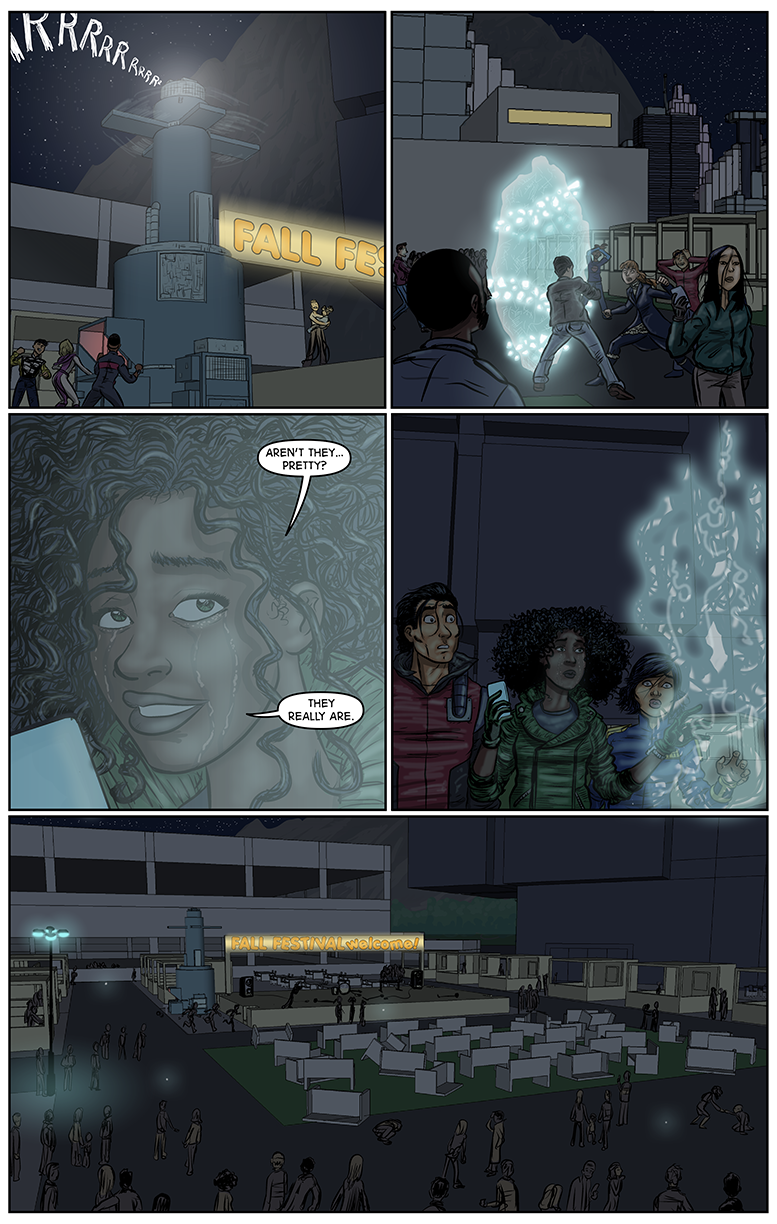 Guys, I am so excited that I don’t have to write “WRRRRR” across the top of any more panels! Less than 2 months between updates is pretty good for me, at this point. And, you know, I took my time with these. I wanted to try to get this moment as right as I could. (Also figuring out the lighting was… difficult) A’s actions here might seem kind of insane, but it’s worth noting none of this would’ve happened if she wasn’t sneaking out into the woods by herself. She’s a pretty brave person when the chips are down.

On the 3rd page, it looks like Esther is straight up fighting a dude. I have no idea why. I did some quick sketches of figures for that panel, and as I developed it more, it kinda looked like a fight, and that amused me, so I leaned into it. She’s clearly not a nice person, why not?

Now that the machine is off and the riot is over, I think it will be much easier to make the remaining pages. Hopefully I’ll be back soon with another update.