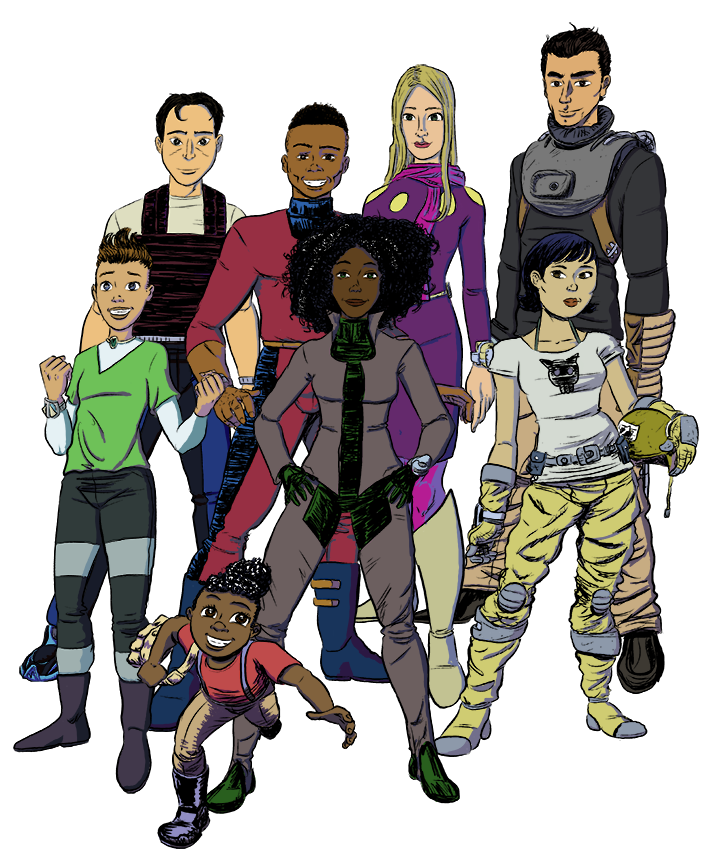 I’m running out of interesting stuff to show (That I can show) for the next thing, so how about this? Stuff from the very beginning. The top is the bunch of faces from which I pulled the cast. Just straight up Janelle Monae up there, isn’t it? I ended up swapping a more interesting haircut onto Jac. Below that, clothing design. I have a file full of little figures that I’d occasionally open and sketch out an outfit when I was inspired. I haven’t added to that in awhile, actually… Finally, we have the first full color images of the main cast I ever made. This is when it was serious. They were suddenly real. Next week, I think, we’ll see some other prep work for the first story.

And the week after that, I think we may have a comic again. Took me a little longer to get there than I expected. I’ve been letting myself relax more, to be honest. But also, I’ve gotten obsessed with finishing my 3D city first. I’m getting really close on that. I’m gonna have visitors from out of town this coming weekend, though, so I want to push it one more week for safety. Might push it again if I feel like it, whaddaya want for free? Aside from those concerns, though, I’m pretty much ready. I finished my roughs this week. I’ve seen a crude version of every page. I got a script, I got a plan, I got costume designs, I got a 90% finished CG model… it’s showtime. I’ll put up some kind of promo graphic when I’ve decided. See ya next week.